There is a huge difference between a temporary Covid centre and a world-class cancer institute, Union Minister Anurag Thakur said on Saturday, hitting out at Mamata Banerjee. 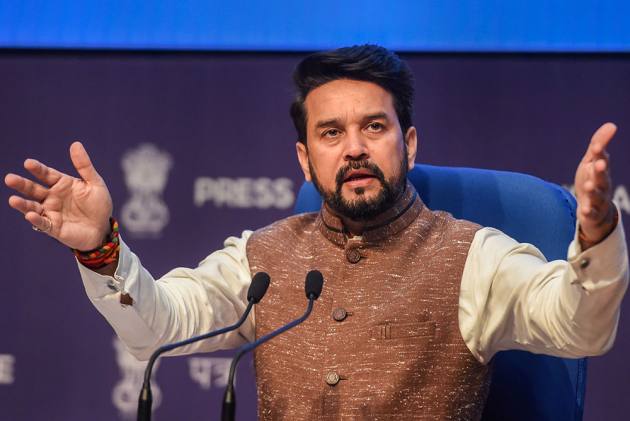 Thakur's comments were made in reference to Mamata Bannerjee's comments over the innaugration of a hospital campus by Narendra Modi.

Thakur said the West Bengal chief minister's comment on the new second campus of the Chittaranjan National Cancer Institute was not serious, so was her tackling of the coronavirus pandemic.

"Bengal is second in the country in the spread of corona. Instead of worrying about it, you are getting engaged in subjects about which you do not even have any knowledge just to satisfy your ego," Thakur tweeted, asking Banerjee to maintain "the dignity" of the post of chief minister.

Thakur's remarks came a day after Banerjee asserted that she had last year inaugurated the second campus of the Chittaranjan National Cancer Institute, which Prime Minister Modi dedicated to the nation on Friday.

"The prime minister virtually inaugurated the project. But I would like to inform the prime minister that we had already inaugurated it earlier during the outbreak of pandemic when we needed a Covid centre. It helped us a lot. This institute is associated with the state government as well," she said.

In a series of tweets, the Union Minister for Information and Broadcasting said, "There is a huge difference between a temporary Covid centre and a world-class cancer institute. It was expected from you, being a chief minister, would know the difference. But no, neither your corona management is effective nor your statement about Chittaranjan National Cancer Institute in Kolkata."

"Will you quit worrying about credit (for inauguration of the cancer institute) and engage yourself in Covid management in the service of Bengal and maintain the dignity of the post?” he added.