'Can all these small items be denied? These are all humane considerations,' says Justice SS Shinde 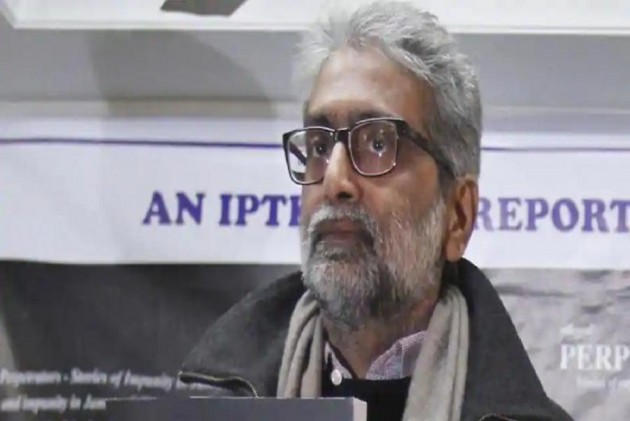 Observing that humanity is most important, the Bombay High Court on Tuesday referred to the alleged theft of activist Gautam Navlakha's spectacles inside Taloja prison and called for the need to conduct a workshop for jail officials to sensitise them on the needs of prisoners.

Navlakha is an accused in the Elgar Parishad-Maoist links case.

A division bench of Justices S S Shinde and M S Karnik said it has learnt about how spectacles of Navlakha were stolen inside jail and the prison authorities refused to accept the new spectacles sent by his family through courier.

"Humanity is most important. Everything else will follow. Today, we learnt about Navlakha's spectacles. This is the high time to conduct a workshop for even jail authorities," Justice Shinde said.

"Can all these small items be denied? These are all humane considerations," he added.

Navlakha's family members on Monday claimed that his spectacles were stolen on November 27 inside the Taloja prison, where he is lodged.

They claimed that Navlakha is "almost blind" without the spectacles and yet, when they sent a pair of new spectacles to him by post earlier this month, the prison authorities refused to accept it and sent it back.

"Presently Gautam Navlakha is in acute distress, is unable to see things around him and consequently his blood pressure has shot up," read a statement circulated on Monday evening by Navlakha's lawyers that was signed by the activist's wife Sahba Husain.

The High Court was hearing two petitions filed by activists, Ramesh Gaichor and Sagar Gorkhe, challenging their arrest by the National Investigation Agency (NIA) in the Elgar Parishad-Maoist links case.

Senior counsel Mihir Desai, appearing for Gaichor and Gorkhe, told the HC on Tuesday that the duo were arrested by the NIA only because they refused to make statements before a magistrate against the other accused in the case.

The petitions also said the case should be held before the special NIA court in Pune, and not in Mumbai.

Navlakha had surrendered before the NIA, which is probing the nearly three-year-old case, on April 14, 2020.

Between August 29 and October 1, 2018, the activist had been kept under house arrest.

The case pertains to the Elgar Parishad conclave held in Maharashtra's Pune district on December 31, 2017, which, the police alleged, was funded by Maoists.

The speeches made by some activists at the conclave triggered violence near the Koregaon-Bhima war memorial on outskirts of Pune city the next day, according to the police charge sheet.

The NIA later took over the case in which several activists and academicians have been named as accused.