A year after abrogation of Article 370, a rare statement from Hurriyat Conference. 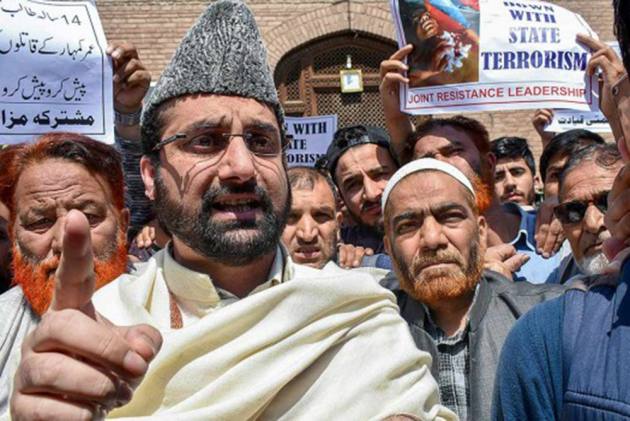 Breaking its long silence, the Hurriyat Conference on Wednesday called new Jammu and Kashmir land laws, which allow outsiders to purchase land in the state, “anti-people”.
The amalgam that had maintained silence since abrogation of Article 370, issued a strong statement today accusing the government of following a policy of permanent demographic change and aggressively out to “snatch our land, destroy our identity and turn us into a minority in our own land”.

A joint statement issued by Mirwaiz Umar Farooq, Prof Abdul Ghani Bhat, Bilal Ghani Lone and Masroor Abbas Ansari said they strongly denounce the “incessant anti-people orders being issued by the government of India at frequent intervals to intimidate and psychologically torture the people of J&K”.

Anyone Can Now Buy Land In J&K, Ladakh Exempted

The leaders said the APHC reiterated its principled stand of engagement and dialogue among stakeholders for resolution of the Kashmir dispute. They said rather than pursuing a peaceful resolution of the Jammu and Kashmir, one law after another is being invented and amended by New Delhi and forcibly thrust upon the people of J&K.

The Hurriyat leaders said the fresh land laws allow the government to declare any local area as a “strategic” area on the “army’s behest”, and called it alarming. “The people of J&K are not some dumb-driven cattle who will yield to these imperial laws,” the Hurriyat said in the statement. “To register their strong resentment against these anti-J&K people laws, and demanding their immediate withdrawal, people will peacefully observe a shutdown on Saturday, October 31, 2020,” the statement said.

Meanwhile, the National Conference on Wednesday said the new MHA notification of Jammu and Kashmir (adaptation of central Laws), third order, 2020 is a step further to alienate the people and curb their constitutional rights.

MPs Muhammad Akbar Lone and Hasnain Masoodi said the new notification abates the rights of the people of J&K and places them at a lower pedestal than other countrymen. “A mere written request of an Army officer not below the rank of Corp Commander is required to declare an area ‘strategic’ within a local area. Can we have such a measure in place for other civilian areas in the country or for that matter in states situated alongside the international border? Why the people of J&K are only being singled out and treated as dumb-driven cattle. Are the people of J&K any less human? On one hand it is being said that the measures taken on 5th of august last year by the GOI were to bring J&K at par with other constituent units of the country, but in reality J&K is being converted into a garrison,” they said.

“Having a Muslim-majority state within the Union of India has always been an eyesore to the ruling dispensation and its ilk,” they said, adding that new land rules have made it clear that they want to wipe out the character of J&K. “The order is not inclusive in its discrimination. Voices of concern are being heard in Jammu and Ladakh as well. The people of Jammu are unhappy with this land ownership system because they know before it affects Kashmir, it will affect them,” they said.