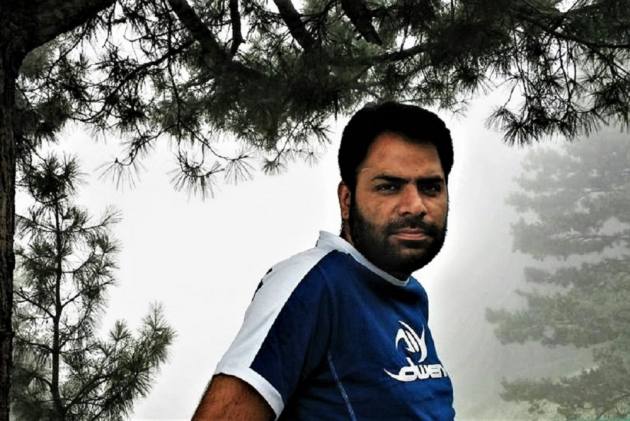 The arrest of human rights activist Khurram Parvez has brought back global focus on the human rights situation in Kashmir.

The United Nations and international human rights organisations have sought the release of Khurram Parvez and inquiry in the alleged Hyderpora fake encounter killing. They have also  expressed concern over the way journalists are being treated in the Valley.

“Deeply concerned that my dear friend @KhurramParvez has been in custody for over a week. His human rights advocacy makes him brave and courageous, not a criminal or terrorist. He should be released immediately,” Kerry Kennedy says.

“The UN Human Rights Office is increasingly alarmed by the rise in killings of civilians, including members of religious minorities, by armed groups in Indian-administered Kashmir this year. At the same time, civilians have been killed by security forces in the course of counter-terrorism operations, and their bodies on occasion disposed in secret. One of these incidents happened on 15 November when four people were killed in a reported gunfight in Srinagar’s Hyderpora area, including two civilians,” the UN statement said.

India has already rejected the United Nations High Commissioner for Human Rights (OHCHR) statement on Khurram Parvez and the human rights situation in Kashmir calling it “baseless and unfounded.” It said that the “arrest and subsequent detention” was done “entirely as per provisions of law”.

“We have seen the statement made by the Spokesperson of the Office of the High Commissioner for Human Rights on specific incidents in Jammu and Kashmir. The statement makes baseless and unfounded allegations against law enforcement authorities and security forces of India,” the official spokesperson of the Ministry of External Affairs, Arindam Bagchi, said in a statement.

The National Investigation Agency (NIA) on November 22, arrested Khurram Parvez after a day of extensive searches at his residence and office in Jammu and Kashmir capital Srinagar.

World Organisation Against Torture (OMCT), Global network of over 200 NGOs fighting for Human Rights and against torture has said, "KhurramParvez's arrest is yet another example of how anti-terror laws are abused by the government to muffle activists and critics. We call for his immediate release."

Labour MP for Oldham East and Saddleworth has written to the Indian high commissioner in London saying Parvez was arrested by the National Investigation Agency after he criticised security forces for allegedly killings civilians during a controversial shootout with alleged rebels in Srinagar.

“My letter on behalf of the Kashmir APPG to the Indian High Commissioner regarding the arrest of prominent human rights activist, Khurram Parvez, and recent 'shootouts' between Indian police & so-called insurgents affecting civilians,” the MP tweeted.

In the Hyderpora case, the police and security forces are accused by the family members of three persons killed that this was a staged gunfight.

Fatia Maulidiyanti, Coordinator of the Commission for Disappearances and Victims of Violence (KontraS) Indonesia, AFAD Council Member, has said, "It is our collective responsibility to protect HRDS. #Khurram, is the one of the sincerest HRD working at national,regional and an international level. He has never given up despite unending threats & obstacles. We need to protect Khurram.”

In its latest statement on October 1, 2021, the UNCHR said, “I wrote a joint communication to the Government of India about unnecessary and excessive use of force employed by police on public roads against journalists and human rights defenders Chandrabhushan Tiwari and Aakash Hassan, and raids by police of the homes of a journalist Qazi Shibli and his family."

“We fear that these raids are a worrying illustration of a pattern of targeted harassment of journalists in Jammu and Kashmir, raising further serious concerns regarding the ability for journalists to exercise their profession free from threats or intimidation.”