I Am Sanjay Gandhi's Son, Such People Untie My Shoelaces: Varun Gandhi On Oppn Candidate In Sultanpur

BJP leader Varun Gandhi, while campaigning for his mother Maneka Gandhi in Sultanpur, Uttar Pradesh in a reference to the SP-BSP candidate said 'I get my shoelaces untied by such people' 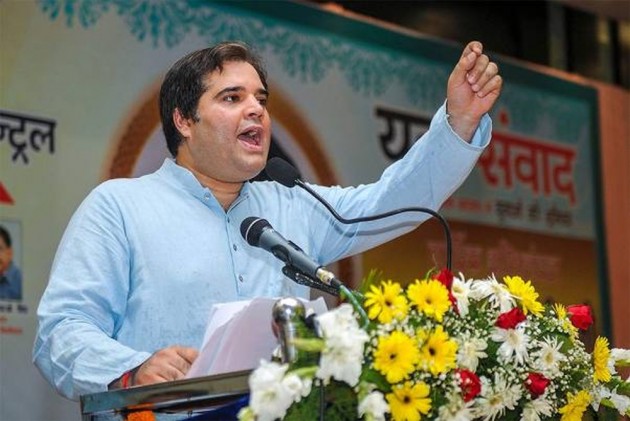 While campaigning for his mother and Union minister Maneka Gandhi in Sultanpur constituency of Uttar Pradesh, BJP leader Varun Gandhi on Saturday referring to the SP-BSP candidate told people not to fear anyone and said he gets his "shoelaces untied" by such people.

"I am standing here. I am the son of Sanjay Gandhi and I get my shoelaces untied by such people," he said, and also asserted that this election is about the "pride" of the country.

Varun Gandhi asked the people not to fear anyone and said, "People should fear their sins and not some Monu or Tonu. A human being without dignity is as good as dead. I only want to say one thing -- you don't need to fear anyone except gods. No one can do anything to you".

Polling in Uttar Pradesh is scheduled to be held in all seven phases. The first four phases of polls were conducted on April 11, 18, 23 and 29.

The next three phases of polls are scheduled to be held on May 6, 12 and 19. The counting of votes will be done on May 23