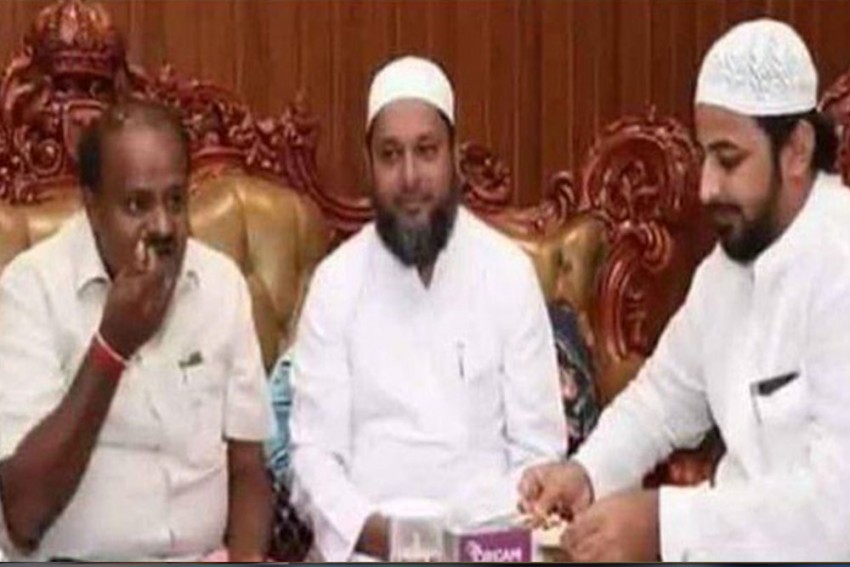 This picture of Kumaraswamy with IMA scam prime accused was shared by the Karanataka BJP on Twitter.
Outlook Web Bureau 2019-07-22T16:29:09+05:30 'I Didn't Have Biriyani,' Says Karnataka CM Kumarswamy On Photo With IMA Scam Prime Accused 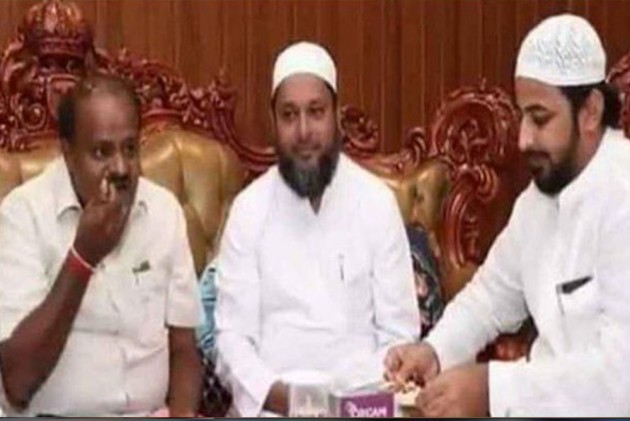 Karnataka Chief Minister HD Kumaraswamy on Monday clarified that he didn't have biriyani with the prime accused in the multi-crore IMA Ponzi scam, Mansoor Khan, after a photograph showing the two together at a gathering went viral on social media.

"I am accused of having Biryani at a particular person's house. I was invited during Ramzan. I went there. I did not eat any Biryani.

"After two health scares, I have given up non-vegetarian (food). I picked up only two morsels of rice," he said in the Assembly during the discussion on the trust vote.

Kumaraswamy said that he did not create any hurdles for the investigative agencies looking into the matter.

"After a report was sent from IT department in the Centre to my police, that's when I spoke to the DG (of police) about the lapse in the enquiry. When I went to IMA accused's office, I saw RBI certificate (on his tax payment). Now, SIT has been successful in nabbing him and they have brought him to Bengaluru. They will investigate now. We will not misuse our govt machinery," Kumaraswamy said.

On July 16, a photograph of Kumaraswamy was posted on the official Twitter handle of BJP's Karnataka unit.