I Feel CPM, TMC And Congress Should Come Together To Defeat BJP: Mamata Banerjee

Speaking the state assembly, Banerjee said people of Bhatpara in North 24 Parganas district were witnessing what usually happens when you vote for the Bharatiya Janata Party (BJP). 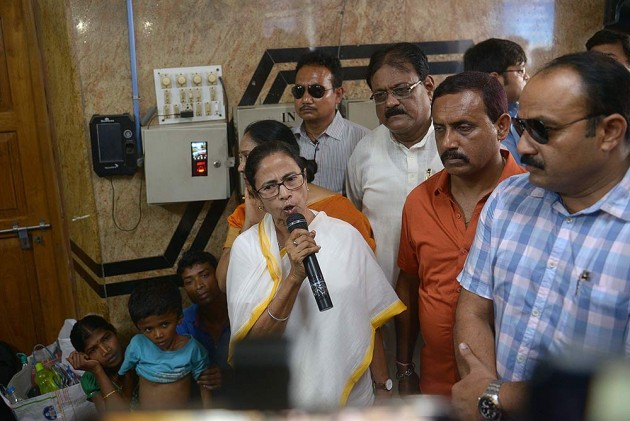 West Bengal Chief Minister Mamata Banerjee on Wednesday said that she thinks the Congress, CPI (M) and the TMC should come together to defeat the Bharatiya Janata Party (BJP).

Speaking the state assembly, Banerjee said people of Bhatpara in North 24 Parganas district were witnessing what usually happens when you vote for the Bharatiya Janata Party (BJP).

"The people of the state are witnessing in Bhatpara what happens if you vote for the BJP. I feel all of us [TMC, Congress and CPI(M)] should come together in the fight against the BJP. It doesn't mean we have to join hands politically, but on common issues at the national level, we can come together," she said.

Making her stand clear on the cut-money issue, West Bengal Chief Minister and TMC supremo Mamata Banerjee asserted there was nothing wrong in trying to discipline party workers, but no one had the right to malign them without evidence.

Protests and demonstrations have rocked various parts of the state for the past one week over people demanding that "cut money" allegedly taken by elected representatives of the ruling TMC from beneficiaries of government schemes be returned.

"Just because we are a party of the masses doesn't mean anyone has the right to malign us without any evidence," the chief minister said.

Criticising the BJP, Banerjee said the saffron party is trying to bring in an alien culture to Bengal.

A TMC citadel for long, Bhatpara has been witnessing frequent post-poll violence between the rival Bharatiya Janata Party and the Trinamool Congress.

The fight has intensified ever since Arjun Singh crossed over from the TMC to the BJP and won the Barrackpore Lok Sabha seat, under which Bhatpara falls.

"Those who will spread fake news and try to instigate riots, the administration will take stern action against them," the CM added.