'I am not affiliated to any political party. Nobody asked me to do this. Police did not misbehave with me. They only said what I did was wrong,' Suresh said. 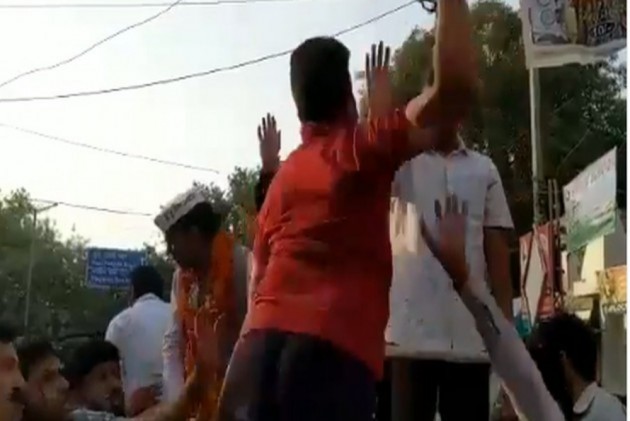 The man who slapped Delhi Chief Minister Arvind Kejriwal during a roadshow on May 4 in Delhi expressed regret over his actions.

"I don't know why I slapped him (Arvind Kejriwal). I regret it," Suresh said while talking to ANI on Thursday.

Suresh also claimed that he is not affiliated to any political party.

"I am not affiliated to any political party. Nobody asked me to do this. Police did not misbehave with me. They only said what I did was wrong," he added.

On May 4, AAP chief Kejriwal was slapped by a man (later identified as Suresh) in Moti Nagar in West Delhi while campaigning for the Lok Sabha elections.

The CM had stepped on to an open jeep and was shaking hands with supporters and waving at the gathering when Suresh wearing a reddish maroon shirt climbed on to the vehicle and landed a slap on his face.

AAP supporters immediately pulled him down and thrashed him.

This was not the first time that the Aam Aadmi Party convener was assaulted.

Kejriwal was also slapped in 2015 while campaigning for Delhi assembly elections and again in the same year when an autorickshaw driver slapped him during a roadshow in Delhi.