‘I Was Compared To Ajmal Kasab In Jail,’ Says Anti-CAA Activist Sharjeel Usmani

Anti-Citizenship Amendment Act activist and Aligarh Muslim University student Sharjeel Usmani, who was released from jail last week after being granted bail by the Aligarh sessions court, says the movement will bloom again. 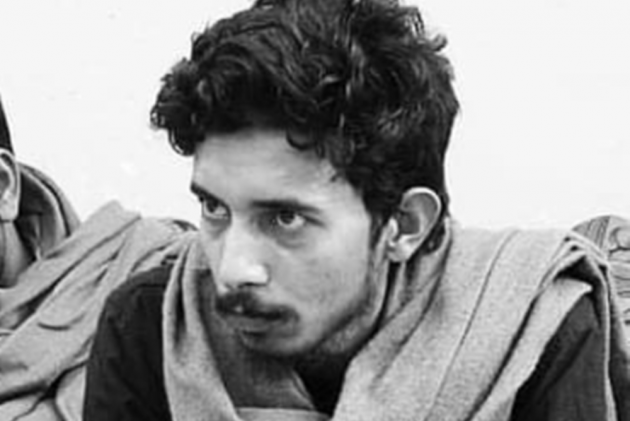 Sharjeel Usmani, a third-year political science student was arrested in July in connection with violence that broke out during the anti-Citizenship Amendment Act (CAA) protests on 15 December last year at Aligarh Muslim University. While speaking to Outlook, Usmani said that he doesn’t consider his release as a legal victory and urged the State to compensate and apologize for allegedly framing innocent citizens and putting them behind bars.

Q) You were released from Aligarh district jail after two months. Do you consider your release as a legal victory?

I will not call it a victory. There is nothing to celebrate because I lost three months and missed my exams. I didn’t commit any crime but the State did everything to keep me in prison. The State should not only compensate for my loss but also take action against the police officers who were involved in my illegal arrest.

There are many innocent people languishing in prison for many years. We have the example of Jamia Millia Islamia student Safoora Zargar. The state used the draconian Unlawful Activities (Prevention) Act (UAPA) to keep her in jail for many months. She was released because of pressure from certain sections of the society. The State should be held responsible for putting innocent persons behind bars.

The courts and the judges have to ponder over the reason they are losing respect in the eyes of the public. I consider myself lucky that I was granted bail by the lower court. They couldn’t establish any charges against me.  (But) For every privileged Sharjeel who comes out, hundreds of unprivileged innocent persons go to jail.

Q) Will you talk about your experience in jail? How has it changed you?

It’s well documented how Muslims are treated in prisons. I was treated in the same way as Muslim prisoners are treated in police custody. I don’t want to delve into details. I was kept in a barrack meant to host 42 people, along with 145 other inmates. Most of them were charged with rape, murder and other gruesome cases. The inmates recognised me from local newspapers and they used to refer to me as the “Shaheen Baghwala.” Once, when the inmates were watching a movie based on the 26 /11 Mumbai attack, some of them compared me with terrorist Ajmal Kazab and also commented that I will indulge in similar activities. I have realized that prison is a microcosm of the outer world in its crudest form.

Q) You were slapped with multiple charges and arrested by Anti- Terrorism Squad (ATS). Why do you think it was unfair?

The terror squad has nothing to do with anti- CAA protests or the cases that were slapped against me. Every Muslim youth in India is a potential terrorist in the eye of the State and it considers us as a threat to national security. My arrest was also a part of the larger witchhunt against activists from the Muslim community, who were part of the anti-CAA movement. After the AMU violence in December, the UP government charged me with the Goonda Act, which banned me from entering Aligarh district for six months. I never went into hiding and led a public life. I was active with anti-CAA protests and relief work for migrants. On July 8, I was arrested by policemen in plain clothes from my relative's place in Azamgarh. The police took me away to Lucknow when I stepped out of my house with friends. My family wasn’t even informed about the arrest or my whereabouts and all my belongings were confiscated.

Q) You were interrogated by ATS for almost 15 hours. What was the line of questioning?

Though they questioned me for long, it came as a shocker that they barely touched issues regarding anti-CAA protests or the AMU violence. They questioned me at length about my friends from Kashmir and my opinion on the Kashmir issue. They took the name of one Mujahedeen recruit from Nepal and inquired whether I knew him. I have also realized that there is no scope for personal privacy anymore. They had accessed my call recordings, chats, emails, bank account, and everything else. They probed me about the relationship with lawyers such as Rebecca John and Colin Gonsalves since I mentioned them in my phone conversations. They also asked me about Hyderabad MP Asaduddin Owaisi and journalist Rana Ayyub.

Q) Why do you feel that the Muslim community is being targeted?

There are more than one lakh cases registered against Muslims in connection with the anti- CAA protests in Uttar Pradesh alone. Even in the North-East Delhi riots, Muslims were killed and their houses were burnt. However, it’s the Muslims who are being framed for the violence. The State doesn’t see any value for our lives. We have to negotiate our rights with the State.

Q) Did the arrest dampen your spirits? Will you carry on the fight against the citizenship law?

If the witch-hunting was meant to scare, it has only made me bolder and stronger. I don’t regret my actions even for a moment. I am positive about the future of the anti-CAA movement. This isn’t a fight only to scrap the black law. It is also a struggle to restore our self-esteem. I am sure the movement will bloom again like wild mushrooms. Everyone has to come together in this battle.