Tripura Pradesh Congress Committee president Pijush Kanti Biswas welcomed the re-entry of Banerjee’s TMC in the political arena of Tripura but held that without Congress, TMC shall not be able to do much. 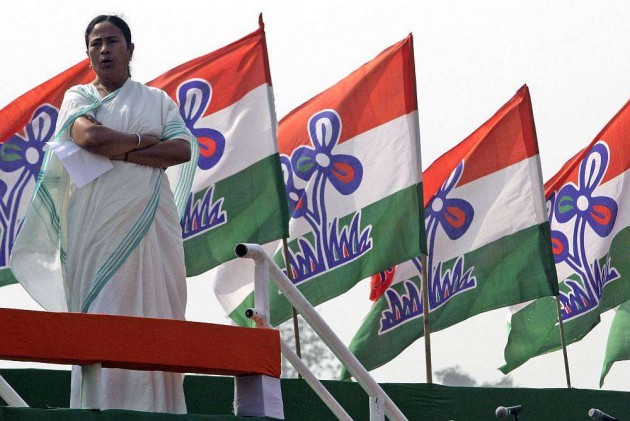 The impact of Trinamool Congress supremo Mamata Banerjee’s initiative towards uniting ‘anti-BJP’ parties including Congress and her recent meet with Congress leaders Sonia Gandhi and Rahul Gandhi is also getting reflected in the latest political development in Bharatiya Janata Party-ruled Tripura.

Tripura Pradesh Congress Committee (TPCC) president Pijush Kanti Biswas welcomed the re-entry of Banerjee’s TMC in the political arena of Tripura but held that without an alliance with Congress, TMC shall not be able to do much against the BJP misrule here.

When asked if there is any possibility of an alliance between Congress and TMC in Tripura, Biswas said, “The alliance depends on Sonia ji, as a Congress president (in Tripura) I welcome all anti-BJP parties to come together to ensure the defeat of BJP.”

He added: “Practically people have already decided to defeat BJP. It will not come to power in 2023 but the question is, who will take the leadership? I have no reservation to welcome all these parties for an alliance for the defeat of BJP if they sincere.”

Many have raised questions on the Congress party's relevance in Tripura after its vote margin came down from over 40 per cent to just around 1.5 per cent in the last assembly election in the state in 2018.  Responding to the observations, the state Congress president said, “That was the situation of the party in 2018 when all senior leaders including the then party president, leader of the Opposition, MLAs all left Congress and joined BJP. That was only to defeat the CPIM who had become undemocratic because of their misrule". Biswas added that, "At that time people had faith in Congress also. But Congress was defeated because of groupism and not because of CPIM.”

“In 2018 a big force from Congress had joined the BJP but now there is no such scope for any repetition of such an incident for the TMC which so far does not have any infrastructure here– no block committee, no state committee, no state leader nothing. BJP had a structure but they could not cross two percent of the vote in any election. Because of the joining of the Congress leaders and with them most of the Congress workers, that was the situation but that is not going to happen with the TMC. Earlier also TMC tried but failed, I don’t think TMC along will be able to anything here.”

On the issue of the Congress-TMC alliance, Biswas said, “If they (TMC) are sincere and really want to have an alliance with the Congress, I welcome it.”

The comments came amid a row regarding the alleged 'house arrest' of 23 members of an IPAC team that came to Tripura on an assignment for the TMC but was kept confined in a hotel for more than 48 hours.  TPCC president Biswas, also a senior advocate in the Tripura High Court, recently appeared in the court and got unconditional bail for the 23 IPAC team members who had even been summoned by East Agartala police station to appear in person in an inquiry regarding their alleged violation of Covid protocol.

It may be added here that TMC national general secretary Abhishek Banerjee will be visiting Tripura on Monday where he is expected to meet leaders from other parties as well including members of the ruling BJP.