On a call from Kabul, the woman told Outlook that she is ready to sell her vital organs to finance her escape from the clutches of Taliban 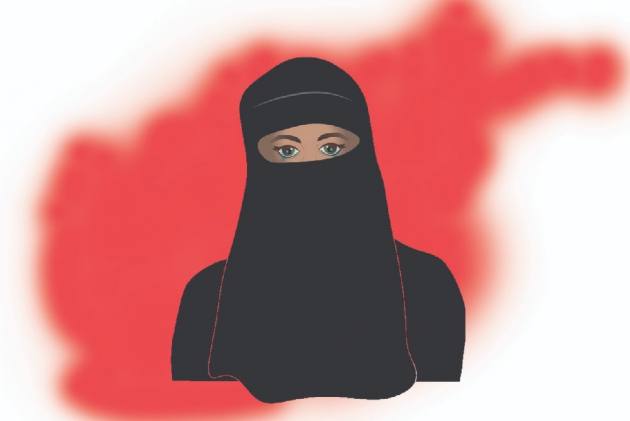 “I will sell my liver, kidney or any other body part to pay anyone who will rescue me from Kabul,” a 25-year-old female social activist, who is hiding in her friend’s relative’s house in the outskirts of Kabul city for the past six days, pleaded with this correspondent on a WhatsApp call.

She was crying on the phone while speaking and said, “Sir, I will become a slave and do whatever you will ask me to do but please get me out from here. Any slavery will be better than falling into the hands of the Talibani militants. Please, sir.”

She continued, “Can you help me get a visa for India as I have a friend there? I can come to India via Iran or Pakistan by road provided I have a valid visa. I don't have any other friend anywhere in the world.”

Back To The Future: Fear And Uncertainty In Afghanistan As Radical Taliban Takes Charge

This activist was quite vocal against the Taliban and their anti-women agenda on television channels and newspapers. Before August 15, the day when the Taliban militants entered the outer part of Kabul city, she didn’t have any idea that they would capture the entire city so soon.

She desperately tried to leave her house at the last moment but didn’t get any flight as the airport was quite chaotic.

She went back home and with the help of her friends, she found out a safe place to hide but since the militants are searching houses for people who were sympathetic to the Afghan and the US government, She is in panic.

“They can come here any moment sir. Just a few days ago, they searched a house two streets away from my house. They suspected that some army personnel are hiding there. But they didn’t get anything. A shiver went down my spine,” She said.

She added, “I have always spoken against the Taliban and the way they treat women. I have called them even worse than animals. My views were published in the newspapers. If they arrest me, I am sure some of them can easily recognise me,” she said.

She says that she doesn’t have a problem if they shoot her but they will not do that. She fears that they will brutally torture and harass her if she falls into their hands.

“They are brutal against women. I have almost decided that the moment they come close to the building, I will jump off and kill myself. I will never fall into their hands,” she said.

Six years after her birth, tragedy struck her when she lost both her parents. She and her younger sister were brought up by her relatives. Just a few years ago, her sister disappeared from Kabul city and she hasn’t been able to trace her to date.

“I don’t know whether she is alive or dead,” she said.

After completing her studies, she decided to become a social worker and work for women’s issues. She is a proponent of woman’s rights and used to appear as a guest speaker in television shows in Kabul.

“My friends always warned me that I should not speak against the Taliban but I was upright and wanted to raise the women’s voice against the barbaric act of militants against women. I didn’t realise that one day they will rule all over Afghanistan,” she said.

“I don’t know my fate. How will I get out of here? Even if I get out, where will I go? My friend in India says that if I get a visa, he might help me evacuate,” she said.