‘I Worry When I Hear Slogans Like Self-reliance’: Shashi Tharoor

"I worry when I hear slogans like self-reliance because these were the very mantras which had subtracted India from the world economy,” says Shashi Tharoor. 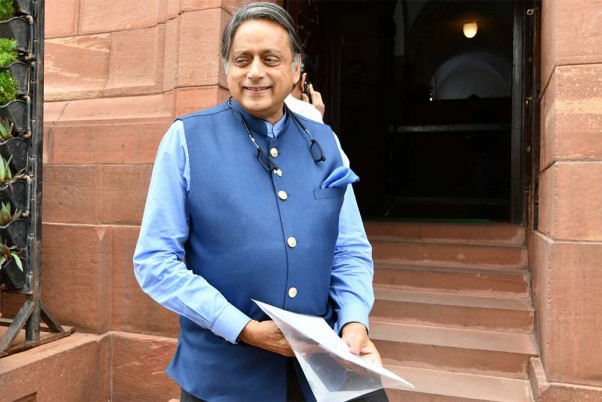 Is the Coronavirus pandemic making the world more inward looking? Are the coming days going to see more trade barriers between nations and less co-mingling of people and cultures? Is globalisation a thing of the past?

“I am afraid so,” says politician and diplomat Shashi Tharoor in an interview to Outlook. He says we are now seeing a much greater insularity emerging with countries becoming far more assertive of their national interest, their own sovereignty and their own need for protectionism.

According to Tharoor, who has had a career spanning over 25 years at the United Nations before he joined politics in 2008, many countries in the Western world, in the US in particular have seen these assertions at the expense of the tradition of global cooperation, of international solidarity, of support for multilateralism, all of which are fraying at the edges.

He says European Union, which is seen as the poster child of internationalism, cooperation and solidarity, is seeing serious divisions. The Schengen visa regime has pretty much collapsed as countries have thrown up their own barriers to keep the virus infected people out.

The attempt to create Corona Bonds within Europe as an action of solidarity, to have all of Europe to survive this crisis has actually created divisions with them rather than unity. It is because the richer countries of the North have refused to go along with these Bonds saying they should not have to pay for the fecklessness or the financial irresponsibility of the other countries.

The whole notion of free movement of goods, capital and people, which was at the heart of the European Union, is collapsing. “As the Spanish foreign minister rather bitterly said that we were all in one boat together and we hit an iceberg and now we are quarreling about who will get first-class and second-class tickets on the life boats,” says Tharoor.

Wherever you look we are seeing more isolationism, more insularity and more moving away from what had just a few year ago was seen as an irresistible project of globalisation. Now de-globalisation has become the new buzzword, he adds.

Prime Minister Narendra Modi in his recent address to the nation had said that way forward for India to stake its place in the global arena was to be atmanirbhar or self-reliant. So then India is quite in tune with what’s going on in the Western world?

“We shouldn’t be. I worry when I hear slogans like self-reliance because these were the very mantras which had subtracted India from the world economy,” says Tharoor. “India should be resisting this tendency from the Western world. We should be passionate about the idea that all countries are safer when all countries are cooperating,” he says.