Chief of Defence Staff (CDS) Bipin Rawat, who was at the helm of India’s efforts to modernise the country’s warfare has been killed along with his wife Madhulika Rawat, and 11 others when Mi-17V5 helicopter of Indian Air Force crashed near Coonoor in Tamil Nadu. 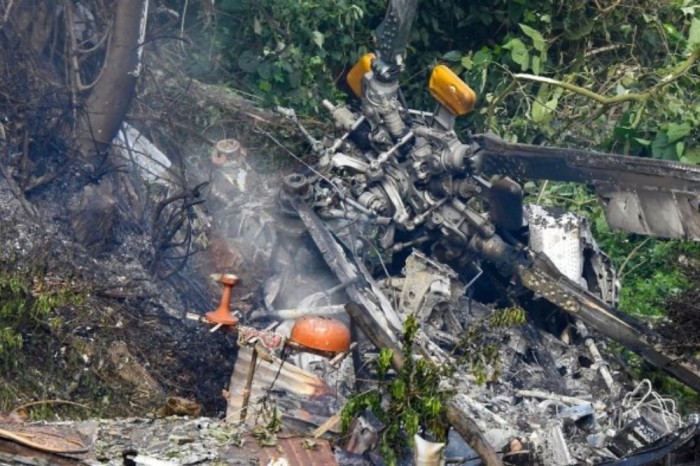 Here are some air crashes which hit headlines in past:

. February 27, 2019: IAF’s Mi-17V5 helicopter crashed in J&K’s Budgam district. In the incident, IAF six personnel on board were injured.

. April 3, 2018: IAF’s Mi-17V5 helicopter crashed in Uttarakhand’s Kedarnath. The six crew members on board however survived.

. October, 2014: One of the worst tragedies occurred when IAF’s ALH Dhruv helicopter crashed in Uttar Pradesh’s Sitapur. In the incident seven IAF officials, including three officers were killed.

. May 12, 2012: A helicopter carrying then Jharkhand Chief Minister Arjun Munda, his wife and other three officials crash landed at the state’s Birsa Munda airport. All survived in the incident, while sustaining grievous injuries.

. April 30, 2011: Arunachal Pradesh’s then Chief Minister Dorjee Kandu was killed when his helicopter crashed near Sela Pass, lying close to the China border.

. March 31, 2005: The then ministers in Haryana government OP Jindal and Surendra Singh were killed when their helicopter crashed in Uttar Pradesh’s Saharanpur.

. September, 2004: The then three ministers in Meghalaya state government including C Sangma were killed in a helicopter crash. Three more people were also killed in the incident.

. March 3, 2002: The then Lok Sabha speaker GMC Balayogi was killed in a helicopter crash in Andhra Pradesh.

. September 30, 2001: The Congress’s stalwart and royal scion of Scindia clan from Madhya Pradesh Madhavrao Scindia was killed in a plane crash in Uttar Pradesh’s Kanpur.

. May, 2001: Minister in Arunachal Pradesh government Dera Natung was killed along with five other people, when IAF’s Pawan Hans helicopter crashed in the state near Tawang.

. July, 1994: Punjab Governor Surendra Nath along with his family and three others were killed when their plane crashed near Himachal Pradesh.

. May 30,1973: Minister in the Indira Gandhi government, Moham Kumaramangalam was killed in a plane crash in New Delhi.