The AH-64E Apache is one of the world's most advanced multi-role combat helicopters and is flown by the US Army. 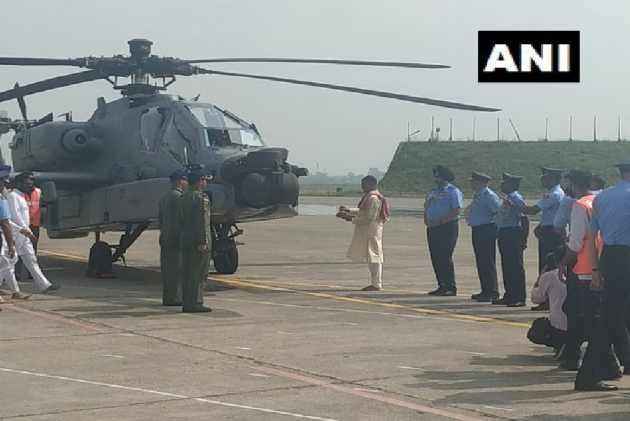 The Indian Air Force has inducted eight US-made Apache AH-64E attack helicopters on Tuesday, which will give a major boost to its combat capabilities.

Officials said the aircraft were formally inducted at the induction ceremony at Pathankot Air Force station with Air Chief Marshal B S Dhanoa as the chief guest.

The AH-64E Apache is one of the world's most advanced multi-role combat helicopters, and is flown by the US Army.

"Eight of the Apache attack helicopters inducted into the IAF, that will enhance the force's combat capabilities," a senior IAF official said.

The ceremonial key was handed over by the Boeing company.

The IAF had signed a multi-billion dollar contract with the US government and Boeing Ltd in September 2015 for 22 Apache helicopters.