While the IED was defused in Khanyar, 15 sticks of plastic explosives were seized from Karnah 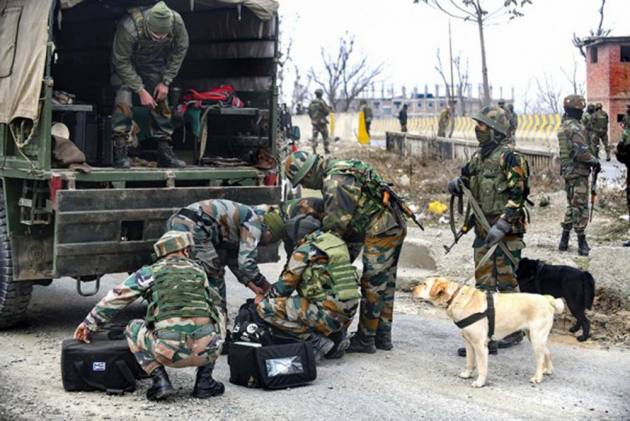 An improvised explosive device (IED) and explosives were recovered and defused by the police and security forces in different incidents.

One IED was recovered and defused in the Khanyar area of Srinagar after the police found a suspicious steel box fixed with a wire on Monday evening. Traffic was stopped in the area after the IED was found later allowed to move after it was defused.

In a related incident, Srinagar-based defence spokesman Lt Col Emron Musavi said the security forces deployed in Karnah, around 170km north of Srinagar close to the LoC, recovered 15 sticks of plastic explosives on Monday evening. “On the night of April 4, specific intelligence was received about likely explosives being exchanged near Jama Masjid of Tangdhar,” the defense spokesman said.

“Security forces increased alertness level and monitored the area through a comprehensive surveillance grid. At 4.50pm on April 5, a detailed search by the army bomb disposal team led to the recovery of the explosives, which were supposedly being transhipped to the hinterland. The operation was conducted in the heart of Tangdhar market with no inconvenience to locals,” the spokesman said.