'If Arvind Kejriwal Is A terrorist, Arrest Him': AAP's Challenge To BJP 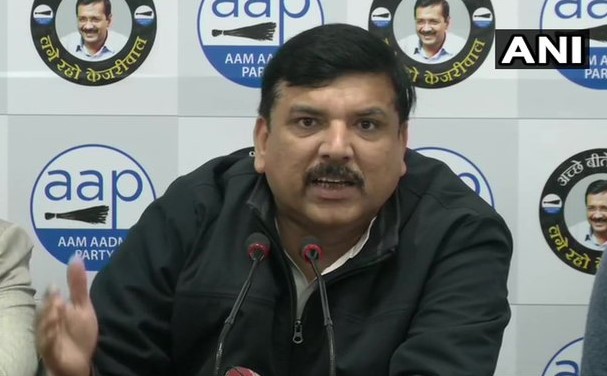 The Aam Aadmi Party on Monday challenged the BJP to arrest Delhi Chief Minister Arvind Kejriwal after the saffron party's leaders called him a "terrorist".

Union Minister Prakash Javadekar on Monday said the Delhi CM had referred to himself as an "anarchist", adding there wasn't much of a "difference between an anarchist and a terrorist"

Hitting out at Javadekar, AAP leader and MP Sanjay Singh said, "This is happening in the capital of our country where the Central govt is sitting and the Election Commission is present. How can a central minister be permitted to use such language? If Arvind Kejriwal is a terrorist, I challenge the BJP to arrest him."

The Union Minister's comments come a few days after the Election Commission (EC) issued a show-cause notice to BJP's candidate Parvesh  Verma for calling Kejriwal a "terrorist" ahead of Delhi Assembly elections.

Read Here | 'You Are Terrorist, There Is Plenty Of Evidence': Union Minister Prakash Javadekar To Arvind Kejriwal

"Kejriwal is now asking with a sad face, 'am I a terrorist?' You are a terrorist and there is a lot of evidence to prove that. You had said you are an anarchist. There is not much difference between an anarchist and a terrorist," the Javadekar said at a press conference.

Javadekar also raked up the issue of Kejriwal "staying a night at the Moga residence of Khalistani commander Gurinder Singh during the Punjab Assembly polls".

"You knew it was a militant's house. Still, you stayed there. How much more evidence do you need?" he said.