'Shiv Sena has shown in Maharashtra what can happen if word is not kept'. 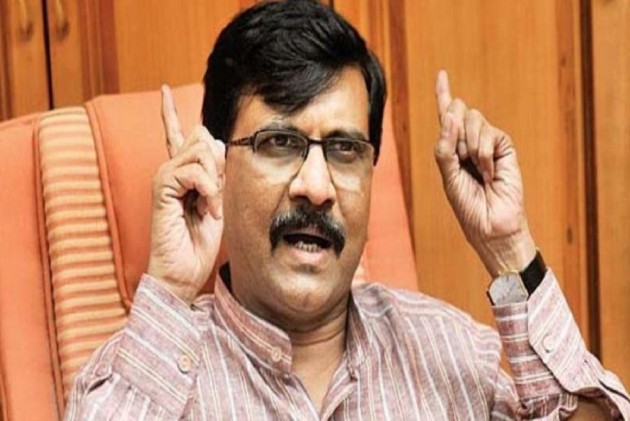 The Shiv Sena on Tuesday said JD(U) leader Nitish Kumar should thank it if he retains the post of Bihar Chief Minister despite his party winning fewer seats in the Assembly polls than ally BJP as the latest trends indicate.

Referring to last year's dramatic turn of events in Maharashtra, which saw the Shiv Sena severing ties with the BJP and forming government with ideological rivals NCP and the Congress, Sena MP Sanjay Raut said his party had shown what happens "when word is not kept" by an alliance partner.

"I heard BJP leaders saying in unison (on TV) that only Nitish babu will be the chief minister. Nitish babu should thank Shiv Sena for that. Not keeping promises will not happen in Bihar because the Shiv Sena has shown in Maharashtra what can happen if word is not kept," Raut said.

"Hence, if Nitish Kumar becomes Bihar chief minister, despite winning fewer number of seats (as compared to the BJP), he should thank the Shiv Sena for it," the Rajya Sabha MP said.

The Shiv Sena and the BJP together contested the 2019 Maharashtra Assembly elections but the alliance collapsed after results following differences over sharing the chief ministerial post on a rotational basis for two-and-a-half years.

The Shiv Sena, which won 56 seats, had said the two parties had reached such an understanding before the elections, a claim denied by the BJP which won 105 seats.

The BJP and the opposition RJD are in a tough fight in Bihar with one of them poised to be the single largest party, while the JD(U) has been relegated to the third position.

The BJP, however, had earlier said Kumar would be the Chief Minister of the state irrespective of seats won by the two parties.

Raut, however, said Kumar's party should introspect why it has been relegated to the third position despite the latter being CM for three terms.

The Shiv Sena leader lavished praises on RJD leader Tejashwi Yadav for exhibiting "fighting spirit" despite contesting the election in a "hostile" situation, and called him the polls' "man of the match".

"The young leader fought against the Prime Minister, chief minister and central ministers in such a hostile situation all alone and revolved the campaign around himself. The country and Bihar have got such a face in politics on whom we can rely," Raut claimed.

Asked if he will congratulate former Maharashtra Chief Minister Devendra Fadnavis, who was BJP's Bihar poll in- charge, in case it emerges the single largest party, Raut said he "definitely" would as "it has been our tradition to congratulate the winners".

The Sena MP said he did not think any party benefited in the Bihar elections from a suicide or death in Maharashtra, an apparent reference to Bollywood actor Sushant Singh Rajput's death in June this year.