The RSS chief Mohan Bhagwat said if dependence on Chinese items continues to increase, then ‘we will have to bow before China’. 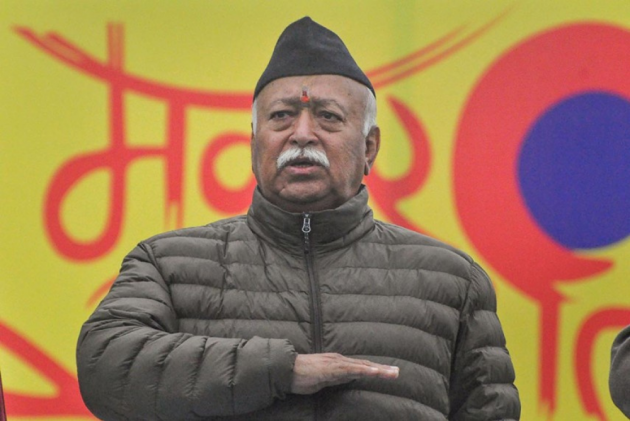 Rashtriya Swayamsevak Sangh (RSS) chief Mohan Bhagwat on Sunday said if the dependence on Chinese items continues to increase in India, it will make the country to bow before China.

“We use the internet and technology a lot. Our country does not have the original technology. It comes from outside. No matter how much we shout as a society about China and boycott Chinese items, but from where does everything that is in your mobiles come from? If the dependence on China increases, then (we) will have to bow before China,” Bhagwat said after hoisting the national flag at a Mumbai school on the 75th Independence Da.

Economic security is important, he said, adding the adaptation of technology should be based on our terms. "We have to be swa-nirbhar", he said.

“Swadeshi does not mean ignoring everything else. International trade will remain, but on our terms,” he said. We have to be self-reliant for that, he added.

"What we can manufacture at home should not be brought from the market," he said.

He said the economic vision should be to produce more and competition should be for the best quality of produce.

“We are not against international trade and commerce but our production must be in villages. It should not be mass production but production by masses," he said.

A decentralised production will help India’s economy to generate employment and self-employment opportunities, he said.

With more producers, more people will be self-reliant, he said, adding the revenue generated should be distributed equitably.

Industries should get encouragement from the government, Bhagwat said. The government should act as a regulator and not do business itself, he added.

“The government will appeal and urge industries to manufacture what is important for the development of the country and formulate policies to encourage industries,” he said.

“We don't believe in complete nationalisation but it is also not true that the nation has nothing to do with industries. All these should function together as a family unit," he said.

"Considering the economic unit as a family will help the economy to be an employment generator," he said.

The government’s job has to be to support and encourage industries. The government should give directions to produce what is important for the development of the country, he said.

A “controlled consumerism” is necessary to ensure there is no exploitation of natural resources, Bhagwat

“We will be happy when we consider the welfare of all. To be happy, we need sound finances and for this, we need financial strength," Bhagwat said. (With PTI inputs)