Home  »  Website  »  National  »  'If MEA Doesn't Respond, I Will Go To Pakistan On Eligible Visa': Sidhu On Kartarpur Row

'If MEA Doesn't Respond, I Will Go To Pakistan On Eligible Visa': Sidhu On Kartarpur Row

Navjot Singh Sidhu has written three times to the MEA seeking permission to attend the inauguration of the corridor in Pakistan. 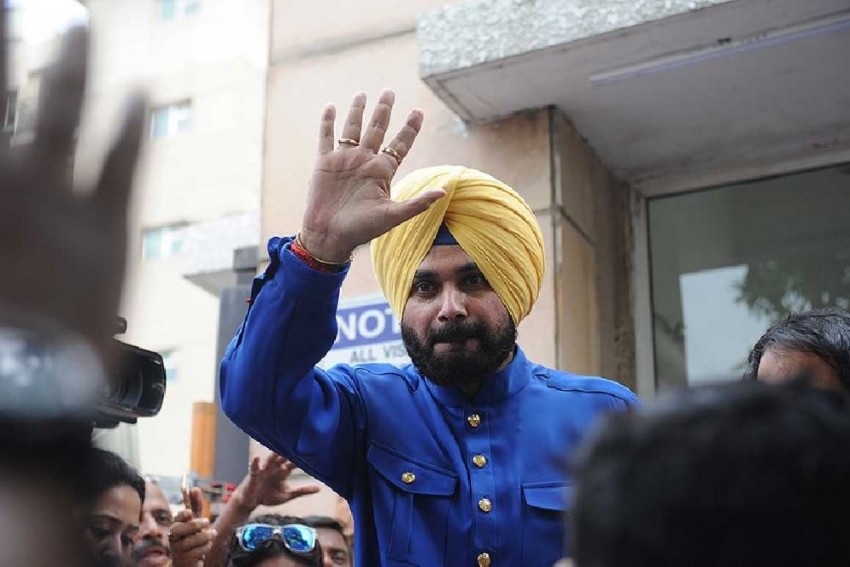 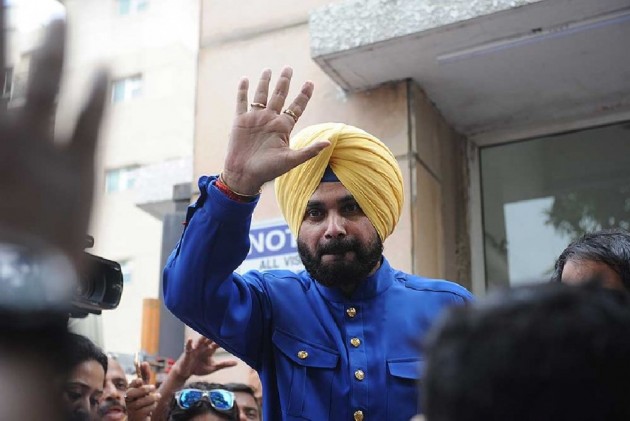 Former Punjab minister Navjot Singh Sidhu on Thursday wrote to the External Affairs Ministry, daring it to make clear if it has any inhibition on his attending the opening ceremony of the Kartarpur corridor in Pakistan.

The Congress leader added if he receives no response to the latest letter--the third one written by him--he will go to the shrine across the border like "any other pilgrim".

He apparently meant that he would go to the shrine, but not through the corridor which allows visa-free travel to pilgrims.

"I categorically state that if the government has any inhibitions and say no then, as a law-abiding citizen, I will not go. But if you do not respond to my third letter, then I will proceed to Pakistan as millions of Sikh devotees go on eligible visa," Sidhu wrote.

It was his third letter to the ministry, seeking permission to attend the inauguration of the corridor in Pakistan on November 9.

In this latest letter to External Affairs Minister S Jaishankar, the cricketer-turned-politician also expressed his anguish over "not receiving any response to his communication".

"Despite repeated reminders, you have not responded to whether or not the government has granted me permission to go to Pakistan for the inauguration ceremony of Gurdwara Darbar Sahib Kartarpur corridor. The delay and no response is a hindrance to my future course of action," he wrote.

On Wednesday, the Amritsar (East) MLA in his second letter had said that he had been invited by the Pakistan government for the opening ceremony of the corridor, which will connect the Gurdwara Darbar Sahib in Pakistan's Kartarpur with the Dera Baba Nanak shrine in Gurdaspur district of Indian Punjab.

"Given that the invite has come, a copy of which is already submitted, the programme is crystal clear. I humbly submit for the permission to crossover from the corridor in the morning before 9.30 am on November 9 to be in time for the inauguration slated at 11 am," he had said.

"I would first like to meditate at Gurdwara Darbar Sahib (Kartarpur) for the shukrana (thanksgiving) on Babaji's glory and grace, have langar with sangat as a humble Sikh, attend the inauguration ceremony and come back by evening through the corridor," Sidhu had written.

The Congress leader had earlier written a letter to Punjab Chief Minister Amarinder Singh, who had forwarded it to the chief secretary for necessary action.

The corridor will facilitate a visa-free movement of Indian pilgrims, who will have to obtain a permit to visit Kartarpur Sahib, located in Pakistan's Narowal district across the Ravi river.

Sidhu had come under fire from the opposition after he had hugged Pakistan Army chief Gen Qamar Javed Bajwa during the swearing-in ceremony of Prime Minister Imran Khan in August last year.

Sidhu had then claimed that General Bajwa had told him about "efforts to open the Kartarpur corridor".

On November 4, he had received an invitation from Khan bearing the serial number '0001' on an invitation card for the inauguration of the Kartarpur corridor.