'...If Not Today, Then Tomorrow': Congress Prez Sonia Gandhi On Chandrayaan-2

'We owe a great debt to ISRO and the brilliant men and women who staff it. Their hard work and dedication has earned India a place in the league of space-faring nations and has inspired generations to reach for the stars,' Sonia Gandhi said. 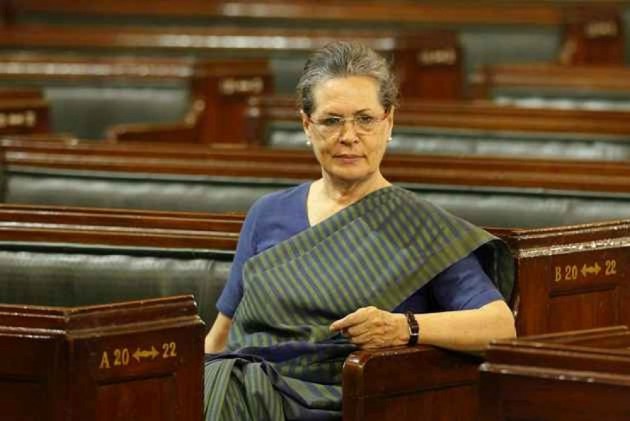 Congress interim president Sonia Gandhi on Saturday applauded the entire team of space scientists and researchers at Indian Space Research Organisation (ISRO) for their 'incredible and praiseworthy efforts' on the Chandrayaan-2 mission.

"We owe a great debt to ISRO and the brilliant men and women who staff it. Their hard work and dedication has earned India a place in the league of space-faring nations and has inspired generations to reach for the stars," Gandhi said.

It is a testament to their remarkable ability, goodwill and unique place in the heart of every Indian, that the nation followed Chandrayaan-2's journey at every step no matter the hour, she added.

Explained: Why Chandrayaan-2 Soft Landing Is A Terrific Moment For India

Gandhi said that "Chandrayaan-2's journey may take us slightly longer but ISRO's history is replete with examples of their determination in the face of seemingly hopeless odds."

"They never give up. I have no doubt that we will get there, if not today, then tomorrow; together as a nation," she said.

She further recollected that "our scientists at ISRO have achieved incredible feats with 115 successful space missions and astounding successes with Chandrayaan 1 (India's first Moon Mission) and Mangalyaan (Mars Mission) and the nation is extremely proud of their immense successes."

Sonia also outlined that no success is final and every obstacle is a stepping stone to future success.

"Chandrayaan 2 has laid the foundation for achieving greater feats and the entire country awaits in anticipation for traversing the next frontier of space", she added.

The ISRO has announced that they had lost communication with Chandrayaan-2's lander, Vikram, minutes before its soft landing on the surface of the moon.

"This is Mission Control Centre. Vikram Lander descent was as planned and normal performance was observed up to an altitude of 2.1 km. Subsequently, communication from Lander to the ground stations was lost. Data is being analyzed," ISRO tweeted.