Home  »  Website  »  National  » Interviews  »  'If The Congress Cannot Choose Its Own Leader How Will The People Choose The Congress To Lead The Country', Asks Khushbu Sundar
Exclusive Interview

'If The Congress Cannot Choose Its Own Leader How Will The People Choose The Congress To Lead The Country', Asks Khushbu Sundar

Actor-turned-politician Khushbu Sundar joined BJP yesterday. She was the national spokesperson of Congress for the last 6 years. 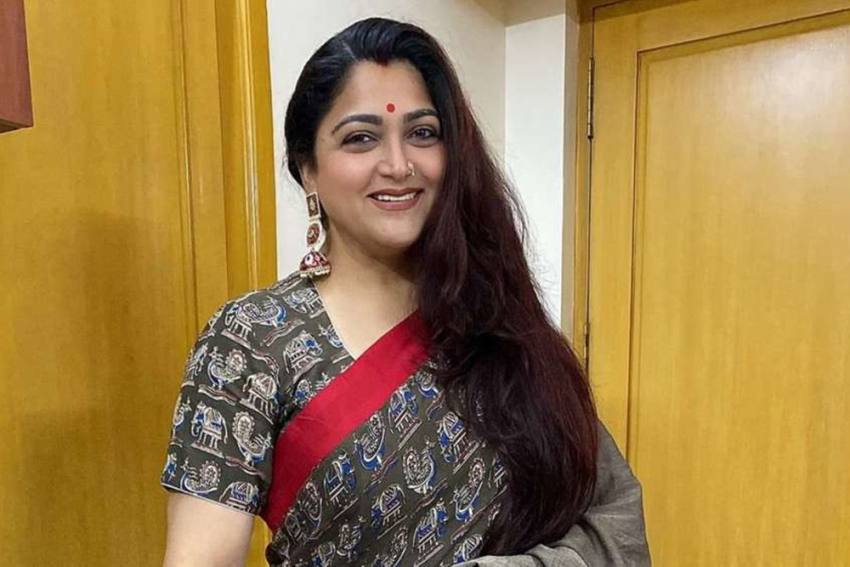 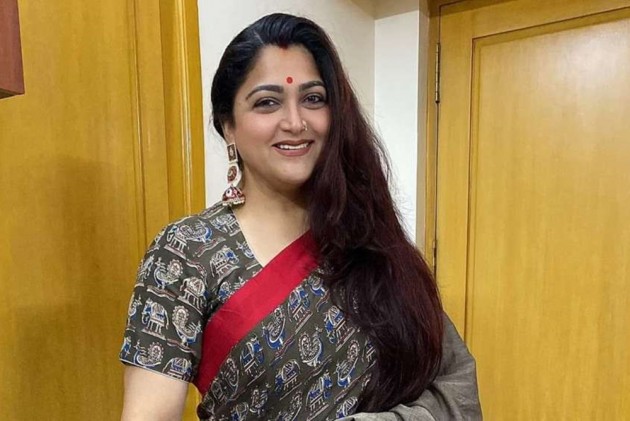 Khushbu Sundar, who arrived in Chennai to an enthusiastic welcome by BJP cadres, spoke to Outlook after an exhausting reception at the BJP HQ.

Q: In your letter to Sonia Gandhi you say that you were suppressed by people who have no connection with people? Can you give specific examples?
A: I would not want to name any people.

Q: And the TNCC chief says people knew you only as an actress and not as a Congress worker?
A: Only shows they are such misogynists, cannot accept a woman as their leader. His comments made me realise that I left the party at the right time. I have travelled across the country speaking for the party, not just during elections. Even after this if they say I am looked up on only as an actress, I am glad that I quit.

Q: Or maybe you were upset that you did not get an MLA or MP ticket?
A: I have never asked them anything. It is up to the high command to decide and I still stand by that view. I have everything from fame, money and even a temple being built. So that is not why I entered politics. Let me remind the TNCC president that I joined the Congress when it had been decimated in 2014. I jumped into a sinking boat because I had very high hopes that the party could be revived.

Q: Why do you think the Congress is unable to revive? They only suffered another debilitating defeat in 2019? What is wrong with the Congress?

Q: That includes the Gandhis?
A: I would not be naming anybody. The high command needs to understand that the party does not have a leader. You have chosen Sonia Gandhiji AGAIN as interim president because you are NOT able to choose a leader. If the party itself cannot choose its leader how will the people choose you as a leader to lead the country?

Q: While being an actress gives you immediate visibility and familiarity with the masses, how much have you used this fame to evolve as a politician?
A: I do not want to use my fame to evolve as a politician. I have always drawn crowds. Even the Congress knows that wherever I go they don’t have to spend money to bring the crowds. People do listen to what I have to say. But people are not going to vote because I am in one party. They vote for the party as an entity - for what it stands. If people are not voting for the Congress it is because the party does not want to own up its mistakes. What happened to the 23 people who wrote that letter? You have pushed them away. You don’t want to even look into what some of the senior most leaders have pointed out.

Q: Is the BJP more democratic, does it listen to internal criticism?
A: Yes I have seen that. I speak to my friends in BJP who say that such dialogue takes place regularly. They are ready to listen to what the cadres have to say. As a party they work from the ground up.

Q: What has the BJP promised you in return for the switch over? Will you not feel uncomfortable trying to defend the BJP after having gone hammer and tongs against the party and Narendra Modi since 2014?
A: No promises have been made. No such trade agreement has been entered into. If somebody like me, who has been extremely critical of the BJP, decided to shift to the BJP then the BJP is really doing something good. I will start feeling uncomfortable while disowning what I had said in the past. I accept what I’ve said. As the opposition spokesperson it is your prime duty to criticise. You just have to be flamboyant about what you are saying. You have to be seen and heard - there is no holding back because you are in the opposition party. I might have disagreed on certain issues but still I had gone ahead and toed the party line.

Q: In the BJP will you get the same freedom to differ with the party line that you enjoyed in the Congress?
A: They know what I am. In spite of how critical I have been of their party and their leaders, if they have given me such a warm welcome at Delhi and Chennai they do not hold any grudge against me.

Q: How will you counter the DMK’s charge that BJP is trying to impose the Hindi-Hindu culture on Tamil Nadu to dilute its unique cultural identity?

A: Why I supported the NEP is, when I read the document as a parent, I feel that there is no imposition. It just gives an opportunity to learn a new language. There are schools in Tamil Nadu that offer eight languages and the NEP gives you the choice to choose any of them. Don’t we want our children to fly higher and wider without confining them to Tamil Nadu. My daughters speak four Hindi, Urdu, Tamil and English. And they have also taken French. It has opened up the world for them.

Q: DMK says Hindi and Sanskrit are being sneaked through and the Tamil identity is being threatened?
A: How long are you going to cling on to these things. Let us move forward. The world is changing. We need to broaden our horizons. Can any of these people who are raising these questions assert that their children are studying in government schools and studying only Tamil. Many of them learn Hindi. If you go to Delhi you have to speak Hindi.

Q: You had spoken your mind even in 2005 saying safe sex is more important than pre-marital sex? And the BJP and its affiliates had thrown chappals and brooms in front of your house for those remarks. The society has seen a lot of churn since then with same sex relationships becoming more common and even being flaunted openly. But you are in a party that frowns upon these issues in the name of Indian culture. How will you reconcile yourself to these contradictions?

A: I don’t see the BJP being held hostage by such issues any longer. Since 2014 after Prime Minister Modi has taken over such issues don’t happen – things like protest during Valentine’s Day or traditionalists saying this is how women should behave or dress up. Since Modi has been speaking only about women empowerment the focus has shifted. Some individuals will speak. That is not the party or government line. Other parties especially the Congress that have been demanding 33 per cent reservation for women in legislature are not appointing women office bearers within their own party. Only Jayalalithaa gave substantial representation to women in the Assembly. Now we have women Ministers in important portfolios at the Centre including Finance. In Tamil Nadu Congress, other than Mahila Congress are there women in any important posts? But the Tamil Nadu BJP had a woman president – Tamilisai Soundararajan - for five years who after her term was appointed as Telangana Governor. The BJP does not let you down if they have seen your work. In Congress, only recommendations work.

Q: You are now in a party that accuses the DMK of being anti-Hindu? Since you have been in the DMK as well how true is this accusation? You are also more qualified to answer this since you acted Maniammai, wife of Periyar in his biopic.
A: Everyone there goes to the temple. I still say I am a Periyarist, not because I do not believe in God. I still go to temples, mosques and churches. My faith in God was shaken when 100 kids in the Kumbakonam schools were charred to death. I admire Periyar for being the champion for those denied dignity and equality in society including women.