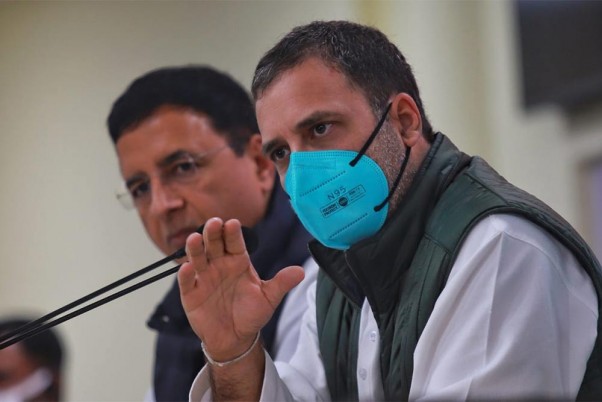 Congress leader Rahul Gandhi on Wednesday registered his protest against the Prevention of Anti-Social Activity (PASA) Act and threw his weight behind the people of Lakshadweep as he accused the "ignorant bigots in power" of destroying the islands.

His statement came a day after Congress demanded the immediate removal of Lakshadweep administrator Praful Patel, alleging he is not only destroying the peace and culture of the islands, but also "harassing" the people by imposing arbitrary restrictions.

"Lakshadweep is India's jewel in the ocean. The ignorant bigots in power are destroying it. I stand with the people of Lakshadweep," Rahul Gandhi tweeted on Wednesday.

The Congress has also alleged that the Administrator is allowing liquor on the islands, which is prohibited till now, and has brought in the Prevention of Anti-Social Activity (PASA) Act with the objective of harassing locals, besides taking away powers of panchayats and is carrying out demolitions under new provisions brought in by him.