UP Police Seizes Illegally Acquired Properties Of Gangsters, Mafias Worth Over Rs 1,800 Crore

According to section 14 of the Gangster Act, a district magistrate can order the attachment of a property, movable or immovable, if there is reason to believe that it has been acquired by a gangster as commission for an offence triable under this law. 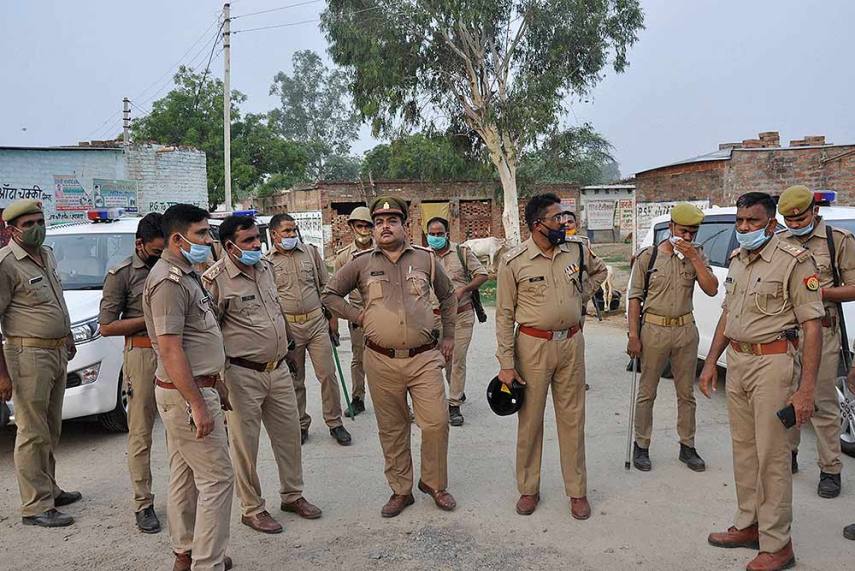 In an attempt to prevent and discourage the nefarious activities of the gangsters and the mafia in the state, Uttar Pradesh police either seized or demolished their illegally acquired properties worth over Rs 1,800 crores in the state.

According to the Additional Director General of Police (ADG), Law and Order, Prashant Kumar, in a special campaign than was active between April 2017 and July 2021, 13,801 cases were lodged under the Gangster Act, 43,294 accused were arrested, while the National Security Act (NSA) was invoked against 630 people.

"In the special campaign against mafia and gangsters to break their backbone and discourage criminal activities, we have attached or demolished their ill-gotten properties worth Rs 1,848 crores. This is a record as such action has never been taken before," he said.

According to section 14 of the Gangster Act, a district magistrate can order the attachment of a property, movable or immovable, if there is reason to believe that it has been acquired by a gangster as commission for an offence triable under this law.

Under the provisions, the booked persons will be required to prove to the administration that their attached properties are not ill-gotten, and they need to present evidence for their claims.

Asked about the opposition's allegation that biased action was taken targeting a particular caste, the ADG asserted that the action was "unbiased and without any discrimination".

"In the state, 25 mafia were identified and action is being taken against them and their gang members to deter them from criminal activities and also give a message to those in the crime world," he said.

Acting against Ahmad, who is lodged in Gujarat's Sabarmati prison, police have arrested 89 members of his gang, and properties worth Rs 325 crore were seized, demolished and freed from his grab.

Arms licences of 60 members of his gang were also cancelled, the officer said.

In BSP legislator Ansari's case, who is lodged in Banda prison, the police attached properties worth Rs 194 crore, and action was taken against 244 gang members, the officer said.

Arms licences of 122 gang members were cancelled, while 158 were arrested, he added.

Similarly, in the action against Bhati, a gangster of western UP currently lodged in Sonbhadra prison, the police attached properties worth over Rs 63 crores and four arms licences of his gang members were cancelled, Kumar said.

In the case of Kuntu Singh, who is lodged in Ballia prison, the police attached or demolished properties worth over Rs 17.91 crores, he said.

The ADG said the police were also trying to effectively pursue the cases against such elements in courts.