Irshad and Maqsood, close associates of Mukhtar Ansari, had illegally constructed a building on a government land on the Bandha road 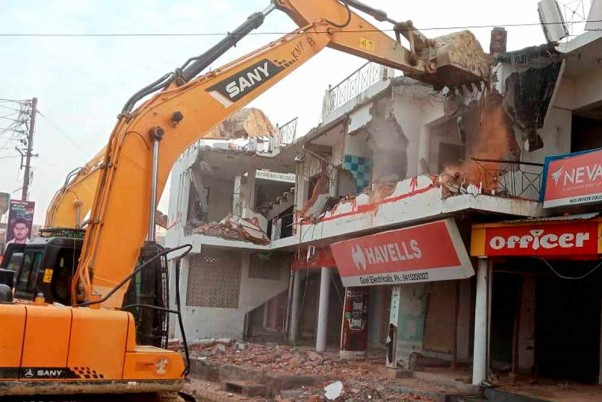 The district administration in Mau (UP) on Saturday demolished an illegal construction of two aides of mafia-turned politician and BSP MLA Mukhtar Ansari.

Irshad and Maqsood, close associates of Mukhtar Ansari, had illegally constructed a building on a government land on the Bandha road in the Kotwali police station area, a senior official said, adding that it was being used for commercial purposes.

The district administration with the help of police got the illegal construction demolished, ASP Tribhuwan Nath Tripathi said.

They requested the district administration to give them more time, which was disallowed stressing that a notice had been served on them in this regard months ago.

The ASP said Irshad and Masood are brothers.