The 'Kisan Sansad' is part of the latest strategy of the farmers who have been protesting against the Centre's three contentious farm laws at multiple Delhi borders since November last year. 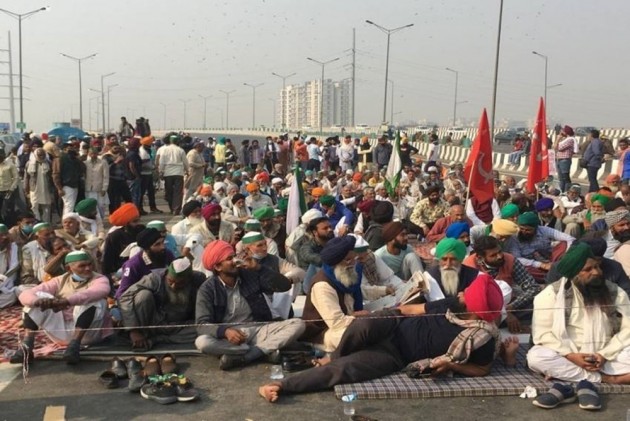 On its seventh day, the ongoing 'Kisan Sansad' at Jantar Mantar in New Delhi has demanded the withdrawal of the Electricity Amendment Bill that was introduced last year.

In a statement, the Samyukt Kisan Morcha (SKM) said, “The 'Kisan Sansad' resolves that the Electricity Amendment Bill, 2020 or 2021 is withdrawn immediately.”

“The 'Kisan Sansad' expressed shock and dismay at the government reneging on its commitment on 30th December 2020 to farmer leaders that the Electricity Amendment Bill, 2020 will be withdrawn," it said.

SKM said it was “shocking” that the Electricity Amendment Bill, 2020 was listed for introduction in the Monsoon session of Parliament, despite the government assuring its withdrawal in December last year.

“The bill is to facilitate profits for electricity distribution companies, and to dismantle subsidies for common consumers,” it added.

Warning the government against "playing games with protesting farmers, and reneging on commitments made”, SKM said the 'Kisan Sansad' had “directed” the government to not table this or any other bill that might have similar provisions.

“The 'Kisan Sansad' concluded that the Electricity Amendment Bill, like other legislations being thrust by the Modi government on farmers and other common citizens in an unconstitutional and undemocratic way," the SKM said.

“The bill seeks to thrust a national tariff policy, violating the authority of state governments in determining their own policies. It will put an end to cross-subsidies, and ensure that commercial entities and industries benefit from lower costs,” the SKM said.

The 'Kisan Sansad' had resolved that the policy should be to “provide free, high quality, regular supply of electricity”, as it was a basic resource for rural production and processing by farmers, cottage industries, as well as for health education and other civic services, it said.

The 'Kisan Sansad' that is running parallel to the Monsoon session of Parliament, is part of the latest strategy of the farmers who have been protesting against the Centre's three contentious farm laws at multiple Delhi borders since November last year.

The farmers have expressed fear over the laws eliminating the minimum support price system, and leaving them at the mercy of big corporations.

Over 10 rounds of talks with the government that has been projecting the laws as major agricultural reforms have failed to break the deadlock between the two parties.

As part of these 'Kisan Sansad' sessions, 200 farmers from the protest sites participate in a mock Parliament session at Jantar Mantar during which issues concerning the farming community are discussed.

The SKM also expressed concerns over the ‘Commission for Air Quality Management in National Capital Region and Adjoining Areas Bill, 2021’ that was introduced in Lok Sabha amid protests on Friday.

The body claimed that while the earlier law exempted farmers from facing penalties for causing air pollution, a new provision in the bill allowed them to be penalised for stubble burning, in the name of “environmental compensation”.

“It is noteworthy that while section 14 related to ‘penalties’ says that ‘the provisions of this section shall not apply to any farmer for causing air pollution by stubble burning or mismanagement of agricultural residue’, there is a new provision introduced insidiously by the government,” the SKM said.