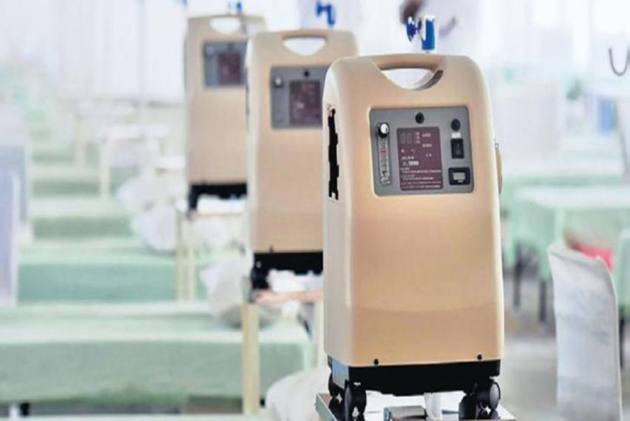 Did the country have enough oxygen concentrators, which could have saved thousands of lives during the ongoing second wave of the Covid pandemic? More importantly, could the government have stocked such therapy apparatus, and other devices like oxygen cylinders, to prepare for the second wave, which was more severe than the first in most western nations? Sadly, the answer to both the questions is yes.

According to statistics of the Directorate General of Commercial Intelligence and Statistics (DGCIS), it seems the private traders were way ahead of predicting the pandemic needs, and remained several steps ahead of the government. In 2019-20 – the first lockdown was announced in end-March 2020 and imports of the oxygen therapy apparatus stood at 1.74 million units, which is almost three times of what it was two years ago and almost 25 times of annual decadal average. Even in the last fiscal 2020-21 the number further went up to 2.5 million units or five times the figure in 2017-18.

‘Against A Daily Demand For 10,000 Oxygen Concentrators, We Are Only Able To Supply 90’

Planning To Buy An Oxygen Concentrator For Home? Here’s How To Pick The Right One

Most of these were hoarded, and stacked by the traders, who later sold them slowly at fantastic prices. Anecdotal reports indicate that desperate buyers paid up to Rs 40,000 per cylinder in the past two months during the second wave. Late last year, the same was available for Rs 1,000. What is more important is that the traders, who had the stocks created an artificial shortage, which rattled the already stressed consumers.

Obviously, if the private trade could predict the needs and shortages, and profit from it, the government could have done the same, and ensured that enough oxygen was available. This proactive decision could have saved thousands of lives. It wasn’t just a matter of imports. Both the Centre and states seemed quite insensitive in even taking stock of the oxygen manufacturing plants in the country.

Several owners, whose plants were shut for a year or two for technical reasons, like non-payment of bills, were alerted in end-March and April this year by the authorities. They were asked if they could commence production, and sort out the technical issues later. “I was saying the same for two years that my plant was shut. I even told them last year that oxygen will be important during COVID,” says an owner.

More important is that the governments had no clue on how to deal with the trader-importers. “The ones who declared their import of the oxygen concentrators under the right code could be tracked. But not the ones who got the goods under the “Other” category,” says an importer. This proves that there are several grey areas in the trade policy, which had to be the first thing to be tackled in a public health crisis.

Similarly, the Centre nor the states took late steps to monitor and keep a check on prices related to COVID devices and medicines. One of the oxygen importer brazenly says, “When most of the concentrators and other devices were imported, they were not classified under the Essential Commodities Act. So, we are both legally and technically allowed to sell them at whatever the market is willing to pay.”

At present, India is among the top 20 importing nations for medical devices. In 2020, India’s imports stood at $10.36 billion, which is likely to grow by 37 per cent CAGR to reach $50 billion by 2025. The sector comprises both large multinationals, and small and mid size companies, which largely import components and raw materials. In technical terms, India’s medical dependency on imports stands at 75-80 per cent.