Sitharaman also hit out at Congress president Rahul Gandhi for his 'chowkidar chor hai' remark against Prime Minister Modi, which he attributed to the Supreme Court. 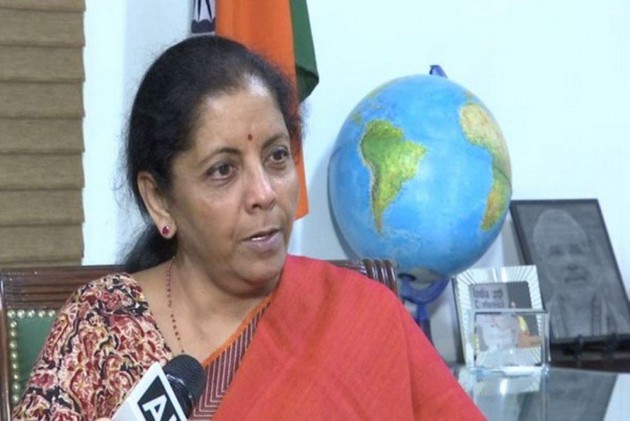 Defence Minister Nirmala Sitharaman believes that Pakistan Prime Minister Imran Khan's statement 'that there may be a better chance of India-Pak peace talks and settling of the Kashmir issue if the BJP is voted back to power', is a ploy by Congress to oust Prime Minister Narendra Modi-led government from the Centre.

"I wouldn't know why such statements are being made. Every time such statements are made and this is individually my perception and not my party's or the government's take. There have been many eminent leaders of the Congress who went there (Pakistan) to seek help to oust Prime Minister Narendra Modi. They went there saying, Modi hatane ke liye hamen madad karo (help us to oust Modi). I wonder whether this is also a part of the scheme of things which have been put by Congress. I don't know what to make of this honestly," the Defence Minister told ANI in an exclusive interview.

During an interaction with a small group of foreign journalists in Islamabad, Imran Khan had said he believes there may be a better chance of peace talks with India and settling the Kashmir issue if Modi's party BJP wins the general elections.

Reacting to Pakistani Foreign Minister Shah Mehmood Qureshi's claims that India was going to attack Pakistan between April 16-20, Sitharaman said, "I don't know from where he got these dates from. Good luck to him... god knows (who is his source in India) but it sounded very fanciful and amusing to me."

When asked whether the Supreme Court's decision to look into the allegedly stolen documents or acquired documents in the Rafale case weakened government's position, the union minister said, "I don't think our position has become weaker. We are firm on our stand. The Attorney General gave an explanation the next day. Documents from the Defence Ministry are classified documents. Every time a document of this nature or even a page comes out, in my understanding, it is stealing of information. The ministry is looking into the matter as to how it came out."

When questioned if she thought that the procurement of documents pertaining to the Rafale deal was illegal, the Minister said, "The procurement of the document is illegal. That's what I have been harping on. There are legitimate ways of obtaining it. There are credible tools to obtain it. If it has not come out through a legitimate manner then it is said to be stolen. Now what has come out does not alter the discourse on Rafale. Even if we include the matter on these illegally obtained pages, it does not alter the clear process which has been adopted. We are not worried at all."

Sitharaman also hit out at Congress president Rahul Gandhi for his 'chowkidar chor hai' remark against Prime Minister Modi, which he attributed to the Supreme Court.

Further underlining the government's dedication towards equipping the armed forces, the Defence Minister said, "Post Rafale too, the Defence Acquisition Council meets every fortnight. We have been clearing things which are vital for the armed forces. Nothing has stopped us. The speed during Manohar Parrikar's time and Arun Jaitley's time continues even now."

On giving emergency powers of up to Rs 300 crore to the services for meeting their critical requirements, the Defence Minister said, "earlier also we had given emergency powers post-Uri attacks. We had also given them the power to choose what they want to buy. If they want to quickly purchase some ammunition post Pulwama, they can go ahead. So, this happens at least under Modi and the NDA government. Armed forces have the margin of acquiring quickly."