The research has also been published in the reputed international journal of the Royal Society of Chemistry. 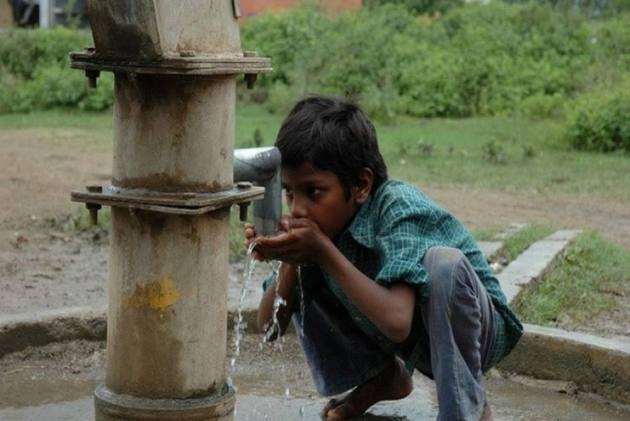 Researchers at Indian Institute of Technology (IIT), Guwahati have developed novel materials that can efficiently harvest water from humid air.

The research has also been published in the reputed international journal of the Royal Society of Chemistry.

“With increasing water scarcity throughout the world, there have been attempts to collect and conserve water through non-traditional means. Scientists have turned to nature to design ways of water harvesting.

“For example, in regions of the world with naturally scanty rainfall, plants and insects have devised ingenious strategies to pull and collect water right out of the air.

Mimicking this, scientists worldwide are trying to build technologies that can pull out water from thin air, both literally and figuratively,” Uttam Manna, Associate Professor at IIT Guwahati’s Centre of Nanotechnology.

He said such water-harvesting techniques use the concept of hydrophobicity or water-repelling nature of some materials.

“The concept of hydrophobicity can be understood by looking at the lotus leaf. The lotus leaf is water repellent because there is a layer of trapped air between the leaf surface and the water droplet, which causes the droplet to slide off the leaf,” Manna added.

According to the team, the researchers have used the concept of chemically patterned SLIPS for the first time, to effectively harvest water from moist air.

“We have produced a highly efficient water harvesting interface where the fog collecting rate is really high. The researchers have also compared the performance of their pitcher-plant inspired materials to other bio-inspired ideas and have found theirs to be superior in terms of efficiency of water harvesting,” Manna said.

“Given that more than 50 per cent of India’s population has no access to safe drinking water and about 200,000 people die every year due to lack of access to safe water, the inexpensive method for harvesting water from water vapour or fog droplets in air can potentially alleviate the water scarcity issues in the country,” Manna added.