'In A Fit Of Anger': Kashmir Governor Clarifies His 'Advice' To Militants

After his comment evoked sharp criticism, Satya Pal Malik said that as a Governor of the state he should have avoided making such comment. 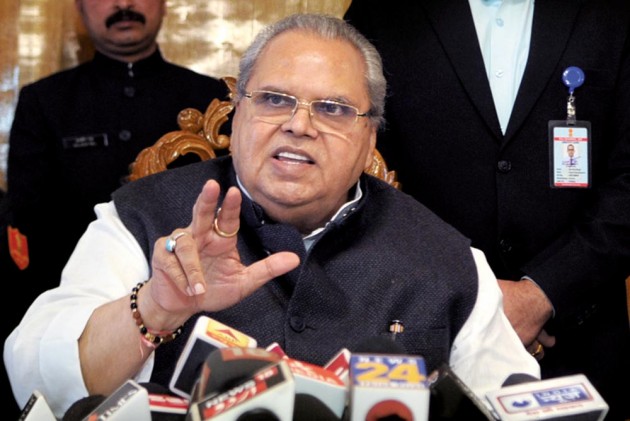 A day after he asked militants to "kill those who have looted Kashmir" instead of killing policemen, Kashmir Governor Satya Pal Malik Monday said that he made the comment in a "fit of anger".

After his comment evoked sharp criticism, Malik said that as a Governor of the state he should have avoided making such comment, ANI reported.

"Whatever I said was in a fit of anger and frustration due to rampant corruption. As a Governor, I should not have said this. But if I was not holding this post, I would have said the same and would have been ready to bear the consequences," ANI quoted Malik as saying.

'Stop Killing Innocents, Rise Against Those Who Looted Kashmir,' J&K Governor To Militants

"Many of the political leaders and top bureaucrats are steeped in corruption here, they are criminals. As a Governor I should have avoided making such a comment, but as an individual, this is what I feel," he added.

Malik on Sunday had asked militants to stop killing innocent people, including security personnel, and instead rise against "those who have looted the wealth of Kashmir for years".

"These boys who have picked up guns are killing their own people, they are killing PSOs (personal security officer) and SPOs (special police officers). Why are you killing them? Kill those who have looted the wealth of Kashmir. Have you killed any of them?" Malik said, speaking at a tourism function in Kargil of Ladakh region.

The Governor explained guns have never been the solution to problems. "There was an outfit called LTTE in Sri Lanka and it had support as well but it has also been finished," he said.