Will there be another round of talks between the centre and farmer unions protesting over the three new agricultural reform laws? 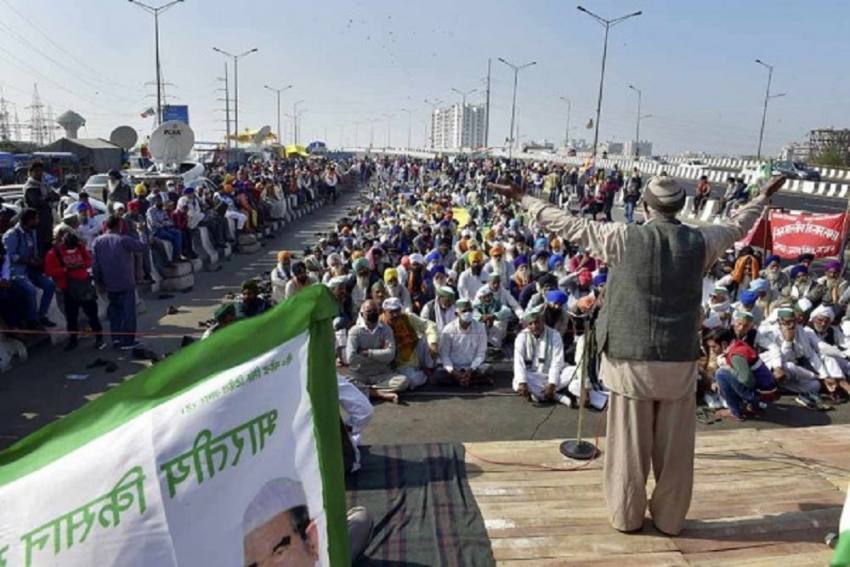 The Samyukta Kisan Morcha (SKM) on Friday, May 7, wrote a letter to Prime Minister Narendra Modi for resuming the dialogue with the farmers protesting against the agri laws brought by the centre. So far, there have been 11 rounds of discussions which failed to break the impasse between the farmers and the centre.

The SKM is spearheading the movement for repealing the three new farm laws and demanding legal guarantee for minimum support price (MSP).

Some parts of the letter may prove to be contentious, say some. For example, a paragraph talks about how “a democratic government would have repealed the three laws that have been rejected by the farmers”. It also goes on to add: “As the head of the government of the largest democracy in the world, the onus of resuming a serious and sincere dialogue with the farmers lies with you”.

According to Rajkumar Chahar, national president of Bharatiya Janata Party’s (BJP) Kisan Morcha, “The government or my party never denied taking forward the talks. Just to reap political benefits, some people and parties are misguiding the simple peasants.”

Reiterating the demands in a video statement, SKM leader Darshan Pal said that despite the vagaries of weather and the Covid pandemic, the farmers intend to continue their agitation. He also asked the centre to make proper arrangements against Coronavirus at the protest sites on Delhi’s borders.

“The farmers are being forced to refuse to tread the middle path. They only want a repeal. Why can’t they suggest amendments or addendums (to the new laws)?” wondered Chahar, BJP Member of Parliament from Fatehpur Sikri (Uttar Pradesh).

The SKM now intends to mark six months of their protests at the Delhi borders by observing May 26 as “black day”. Incidentally, the same day Prime Minister Narendra Modi completes seven years in office. He had first taken oath and secrecy as the Prime Minister on May 26, 2014.

On Sunday, 12 opposition parties also extended their support to May 26 protest call given by farmer unions agitating against Centre's agri marketing laws.

Various trade unions will also be lending support to the protesting farmer unions.

Thousands of farmers are protesting at the Singhu, Tikri and Ghazipur borders since November 26 last year.

In a joint statement, the leaders said the protesters did not wish to expose anyone to the pandemic. At the same time, they added, they could not also give up a struggle – which was a “matter of life and death and for future generations”.

Some Covid cases are now being reported from the sites and the recent rains forced many protestors out in the open when makeshift shelters collapsed.

“The protestors have to understand the threat the pandemic poses,” said Chahar.

“Our government has made several provisions for their support. Not only procurement continues under MSP, farmers gain through direct bank transfer of payment. The centre even raised fertiliser price subsidy manifolds when costs soared in international markets,” he added.

The AIKSCC is supporting the SKM and the protest schedule but intends to further up the ante.