Samajwadi Party President Akhilesh Yadav on Saturday shared pictures in which a saffron-clad, tonsured man -- looking like Uttar Pradesh Chief Minister Yogi Adityanath, whom Yadav called as a 'baba', is seen accompanying Yadav as he walks towards a helicopter 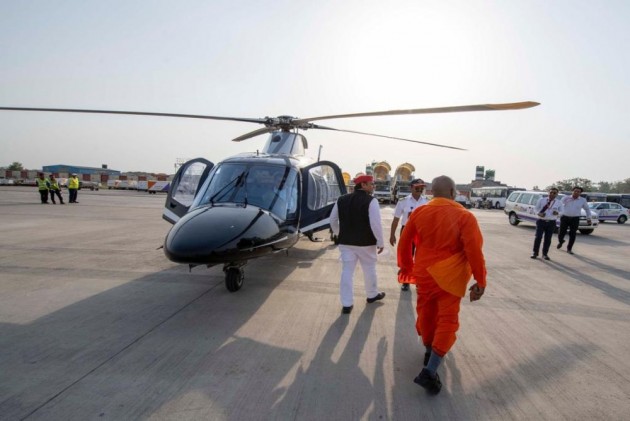 The pictures, both taken from behind, are accompanied with a seemingly caustic tweet whose import was not quite clear.

“We cannot conjure up a false god, but we have brought a ‘baba’. Leaving Gorakhpur with us, he is telling the truth of the government across the entire state (Uttar Pradesh),” Yadav wrote.

The words “naqli bhagwan” (false gods) and “Gorakhpur” are notable in the tweet.

While the former could be a jibe against Prime Minister Narendra Modi, the latter refers to Yogi Adityanath’s parliamentary constituency that he represented for four consecutive terms as a BJP candidate before becoming the Chief Minister in March 2017.

The Samajwadi Party won the Gorakhpur Lok Sabha seat with Mayawati-led Bahujan Samaj Party’s support in the by-election held in May last year.

The ‘baba’ in the pictures is seen walking a few steps behind Yadav, who looks like the ‘boss’ from his demeanour. The picture was apparently taken when Akhilesh Yadav was the Chief Minister of Uttar Pradesh from 2012 to 2017. 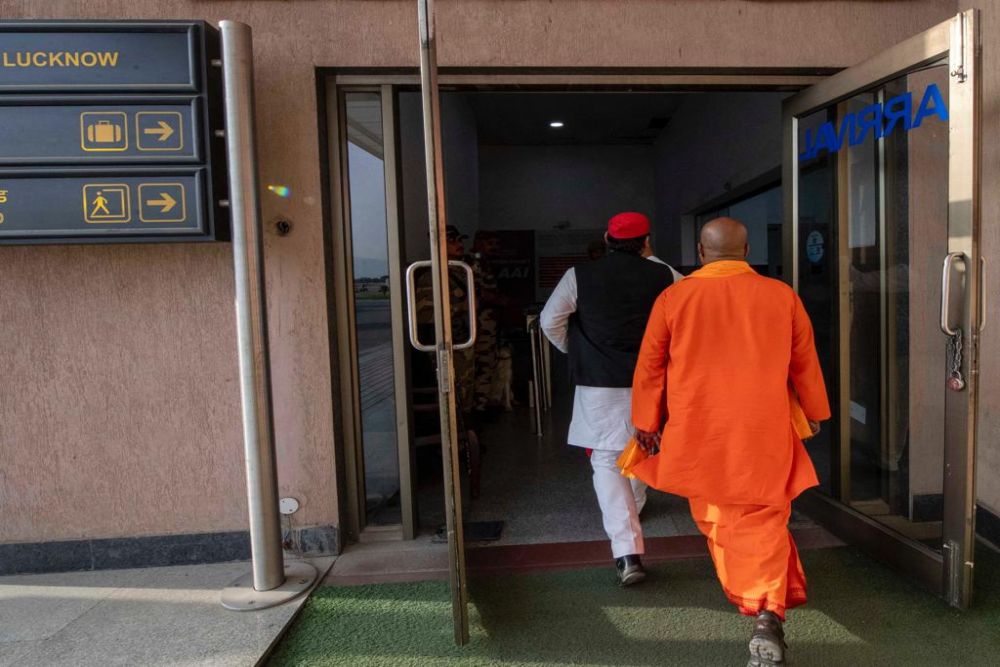 In an interview to news agency ANI on Friday, Adityanath had attacked the Samajwadi Party President, saying Akhilesh Yadav was “frustrated” as he was being treated as a second fiddle in the alliance with the BSP.

"This is the frustration of Akhilesh Yadav. He is frustrated because the Samajwadi Party once won 37 Lok Sabha seats from Uttar Pradesh under the leadership of Mulayam Singh Yadav. Now he is contesting only on 37 seats," Adityanath said.

"When he sits with Mayawati on the dais, he is seated on a small chair while Mayawati herself sits on a bigger one. When he goes to meet Mayawati, he is asked to keep his footwear out of the room. This is his position," he added.

The SP, BSP and Rashtriya Lok Dal (RLD) are contesting the Lok Sabha elections in an alliance with BSP contesting on 38 seats, SP on 37 and RLD on three seats. The alliance left out the Amethi and Rae Bareli seats, from where Congress President Rahul Gandhi and his mother Sonia Gandhi are respectively contesting.