In Another Blow To Karnataka Govt, Congress Legislator Resigns; Might Join BJP

The Congress-JD(S) government has been on a sticky wicket ever since the two parties joined hands in a post-poll set up to rule the state. 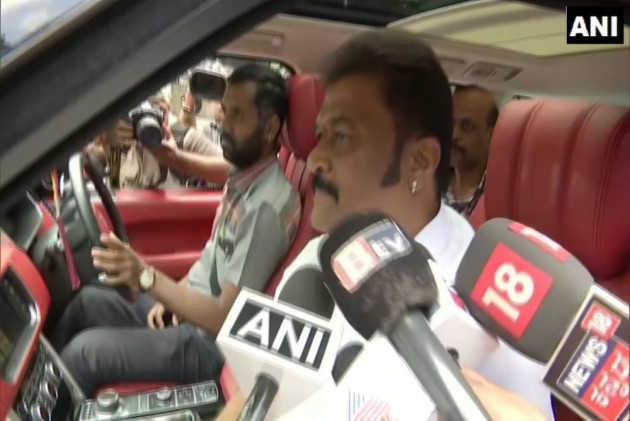 The ruling coalition in Karnataka was dealt another blow on Monday when the Congress legislator from Vijayanagar, Anand Singh, resigned from the assembly.

The Congress-JD(S) government has been on a sticky wicket ever since the two parties joined hands in a post-poll set up to rule the state.

"Yes. I have resigned. Today morning, I submitted the resignation," Singh was quoted as saying by news agency PTI.

The Assembly Speaker, K R Ramesh Kumar, however, denied having received any resignation.

When Singh was told that the speaker was yet to receive his resignation, he said, "Is it so? Then I will resign again."

The MLA refused to disclose the reasons that led to his resignation.

Singh said will meet Governor Vajubhai Vala and after meeting him he would narrate the developments.

JD(S) leader and Chief minister H D Kumaraswamy, who is in the US for the foundation laying ceremony of a temple, tweeted that he was aware of the developments taking place in the state.

"The foundation laying of Kalabhairaveshwara Temple is going on at New Jersey under the aegis of Swamiji. I am watching all the developments here. BJP is daydreaming to destabilise the government," Kumaraswamy tweeted.

Singh had recently held a press conference in Ballari against the sale of 3,667 acres of land to JSW Steel.

Singh had stated that protecting the interest of the district was more important than the party and had hinted he would resign.

It is speculated that he would join the BJP.

At the height of dissidence in the Congress last year, Singh had disappeared and was incommunicado.

However, he surfaced and showed his allegiance to the party.

Earlier in January, he had come to blows with another Congress MLA J N Ganesh at a resort on the outskirts of Bengaluru.

Ganesh had accused him of finishing him politically.

A badly injured Singh was later admitted to hospital.

Speculation was rife that at least six more Congress MLAs would rebel against the party and might part ways.