In Cornering Congress Over ‘Dynastic Politics’, BJP Wrecking Its Ship In Himachal By-Polls 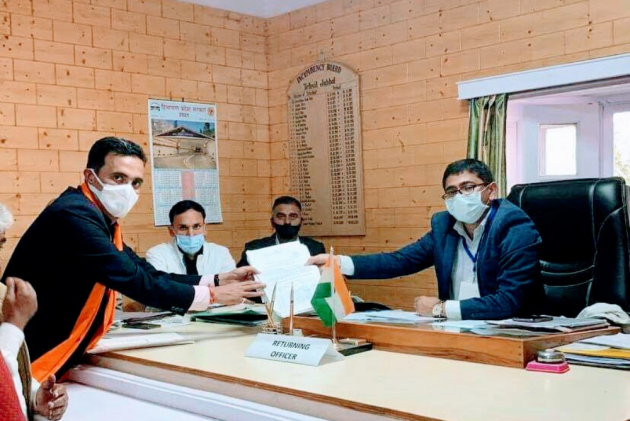 In order to corner Congress over “dynastic politics” in the upcoming Jubbal-Kotkhai assembly seat by-poll in Himachal Pradesh, BJP has dumped Chetan Bragta—son of the party’s deceased leader Narinder Bragta.

However, the decision analysts believe this time could land BJP in trouble.

Chetan’s father Narinder Bragta is known for spreading the party’s base in this traditional Congress bastion.

The assembly segment is one of the three assembly seats scheduled for by-polls on October 30. It is almost a year ahead of the assembly polls in the state scheduled next year.

Bragta’s son Chetan, who is convener of the state BJP’s IT cell was projected as party’s next face in the upcoming by-poll has been dumped. Instead of Chetan, the party has chosen Neelam Saraik—a former Zila Parishad member as its candidate from the assembly segment.

Chetan on Friday put up a massive show of strength, as hundreds of his supporters joined him, in an indication that he may contest as an independent candidate.

He declined to speak to Chief Minister Jai Ram Thakur or even meet him. Chetan instead put a pre-condition asking the party to review its decision.

“I can’t compromise with my dignity. Why this shabby treatment to me on the pretext of a formula – dynasty politics .This is sheer double standard,” he told Outlook.

Senior BJP leader admits since “the party (BJP) wants to corner Pratibha Singh in Mandi on the issue of dynasty politics, Chetan was made a sacrificial lamb”.

The BJP has gone for Kargil war veteran Brigadier (Rtd) Khushal Thakur in Mandi with its by-poll campaign focused on dynasty politics to target Congress.