Former J&K Chief Minister Ghulam Nabi Azad hailed as an ambassador of the state and its people. 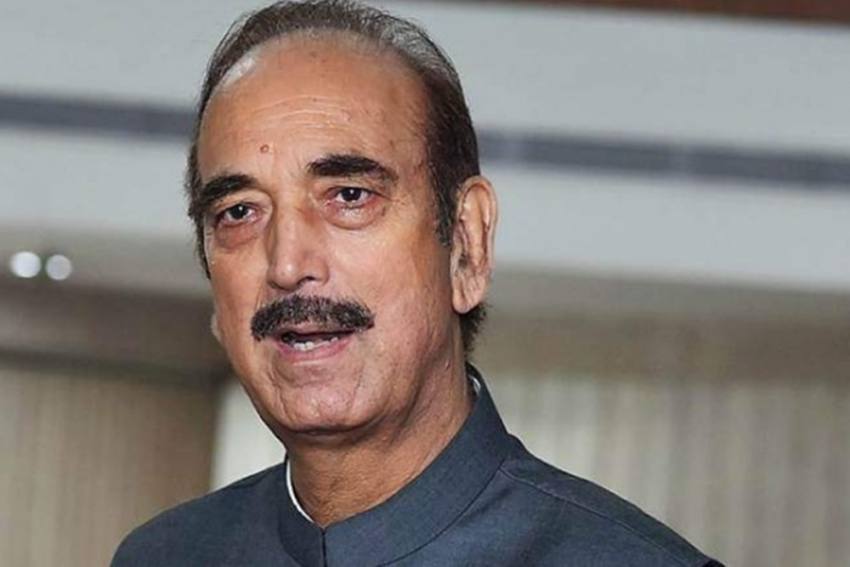 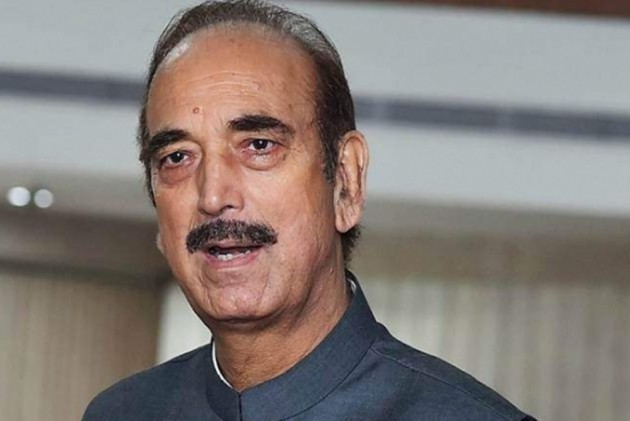 Former Jammu and Kashmir Chief Minister Ghulam Nabi Azad on Friday was accorded a rousing welcome in Jammu by party workers and leaders, by being hailed as an ambassador of the state and its people.

The regional Congress leaders said except Azad, no other leader from Jammu and Kashmir represented emotions of the people of the state in Parliament post-abrogation of Article 370.

J&K Congress president Ghulam Ahmad Mir praised the Nehru-Gandhi family all along in his welcome speech.

“The Nehru family has brought us up and has shown us the path by holding our hands and if the family today wants us that Congress should prosper, we all, from Ghulam Ahmad Mir to Ghulam Nabi Azad should support the family. We have to help the family from our own areas. Today I cannot go to Sonia Gandhi and ask her for anything. She has nothing to give. But we can give Congress party seats from our own areas and constituencies. That would be our contribution and that way we will strengthen the Congress,” Mir said.

Azad was listening with rapt attention.

“I am thankful to Azad sahib for accepting our invitation to attend our programme. After today, Azad Sahab’s role would be of great responsibility. He has been at all top positions. He has always worked for the welfare of the country and the welfare of the Congress party,” Mir said.

“Jammu and Kashmir is not an ordinary place. Here many parties come up. They promise a lot but they have only one motive. It is to rule this place and to become a chief minister. But the Congress party has all along approached Jammu and Kashmir with a different prism. From Pandit Jawaharlal Nehru to Indira Gandhi to Rajiv Gandhi to Sonia Gandhi to Rahul Gandhi, the Congress has not viewed Jammu and Kashmir as a region to be ruled by it. The Gandhis have all along understood the sensitivities of this region. They have unique belonging to this region. The affiliation and affection they have with this region no other party can have,” he said.

“Other parties see it as a geographical entity but the Congress party and particularly the Gandhi family has always considered this region as their family and they deal with it as part of the family. Azad sahib knows this very well and he understands Jammu and Kashmir so well. And he understands the feelings of the people of Jammu and Kashmir. That is why he is called a son of the soil.”

“If today we say here Hindustan Zindabad, it is not because of some relations based on some papers signed (between India and Jammu Kashmir). It is because of an emotional bond that was kept alive by the Gandhi family with Jammu and Kashmir. After Nehru family, if anyone who has been an ambassador to Jammu and Kashmir and its people, it has been Ghulam Nabi Azad,” he said.

“Through Ghulam Nabi Azad Jammu and Kashmir must build a new relationship with the country,” Mir said, adding that they would be ready to follow whatever Azad would ask them to. He said that there are internal differences within Congress and Azad has the capability to settle them.