The incident happened shortly after midnight at Darshan Hotel in Fartikui village of Dabhoi tehsil, around 30 kms from Vadodara city. 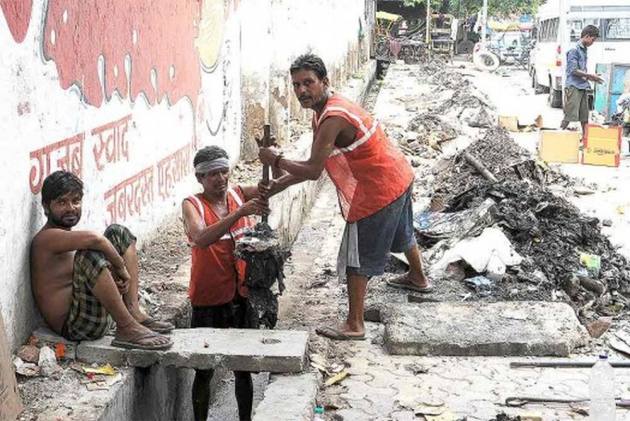 Seven persons, including four sanitation workers, died on Saturday after inhaling toxic fumes while cleaning sewer of a hotel in Vadodara district of Gujarat, officials said.

The incident happened shortly after midnight at Darshan Hotel in Fartikui village of Dabhoi tehsil, around 30 kms from Vadodara city, police said.

Three employees of the hotel were also among those killed.

"The sanitation workers had been roped in to clean the sewer. When one worker failed to come out of the manhole, others went inside to check, but all of them died of asphyxiation," in-charge district collector Kiran Zaveri told PTI.

"We rushed to the site soon after learning about the incident and teams of the fire brigade from Vadodara Municipal Corporation and Dabhoi civic body launched rescue work. They took out the bodies of the deceased after three hours of efforts," he added.

After the post-mortem, the bodies were handed over to the kin of the deceased.

The owner of the hotel, Hassan Abbas Ismail Boraniya, is absconding.

Talking to PTI, BJP MLA Shailesh Mehta, who represents the Dabhoi Assembly constituency, said the four sanitation workers were from the nearby Thuvavi village and they were hired to clean the sewer lines.

He added that the incident shows sheer disregard for the safety of the workers.

Police said the incident took place around 12.30 am.

Due to inhalation of toxic fumes inside the manhole, the workers fell unconscious and died, police said.

Meanwhile, the Gujarat government announced financial assistance of Rs 4 lakh each to the kin of the deceased.

In a statement, the government said that it has directed the police to take strict action against the hotel owner.

'Jungle-Raj' Prevailing In Uttar Pradesh, 'Wake Up' Yogi Govt: Akhilesh To UP Governor