Move by Centre is also considered as first step towards restoration of electoral democracy. 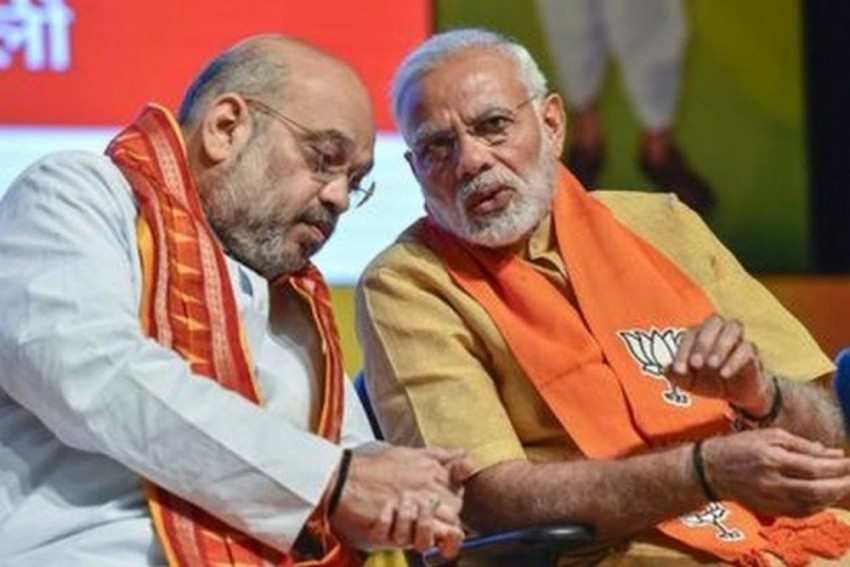 Kashmir is abuzz with political activity as the Prime Minister's Office is in the process of sending invitations to the mainstream political parties for a dialogue on June 24 in New Delhi. This is the biggest political outreach from the Centre to the mainstream leaders who were incarcerated and kept in preventive custody for over a year after the abrogation of Article 370, and downgrading of Jammu and Kashmir into two union territories.

The move by the Centre is also considered as the first big step towards restoration of electoral democracy and a possible restoration of statehood. Completion of delimitation process in the erstwhile state is likely to be discussed at the meeting on June 24. Sources in the country's security establishment say that it cannot be done without the cooperation of the regional parties. It will also pave the road for holding elections in Jammu and Kashmir which has been under President's rule since October 2019.

The Centre would like to complete the delimitation exercise before restoring statehood to Jammu and Kashmir and then hold elections.  In March, the central government extended the term of delimitation commission by one year and excluded the north-eastern states from its mandate. The commission’s term was coming to an end on March 5, 2021. Sources confirmed that there is no plan to divide Jammu and Kashmir into two Union Territories or States -- with Jammu as a separate entity -- since strategically it would leave Kashmir alone, "almost like announcing its independence".

What Is Article 370? All You Need To Know

Jammu and Kashmir has been under Centre's control since Governor’s rule was imposed in the state on June 19, 2018, -- exactly three years ago -- following the collapse of the coalition government headed by Mehbooba Mufti after the BJP withdrew its support. Jammu and Kashmir has been without assembly since then even though the Supreme Court has mandated a time limit of six months from the dissolution of the house for holding elections. Later, ahead of abrogation of Article 370 on August 5, 2019, the President of India imposed the central rule under section 73 of the J&K Reorganisation Act leaving power vested in the Lieutenant Governor.

Being seen as a confidence building measure by the Centre, PDP chief Mehbooba Mufti's maternal uncle Sartaj Madani was today released from preventive custody. He had been under preventive custody for the past eight months at the MLA hostel in Srinagar. He was among few politicians who were rearrested after their release last year.

While political leaders say they haven’t got the formal invitation for the talks, they say they have been informally conveyed about the meeting. “I have been informally conveyed twice that they are going to do this (meeting) on June 24. I think formal invitation would come today only,” former Chief Minister Mehbooba Mufti told Outlook. She, however, declined to reveal who had informally invited her for talks. “It doesn’t look good to reveal names,” she said. She said her party would be holding a meeting tomorrow to decide whether to participate in the meeting or not. She said they don’t have any information about the contours of the meeting. “We don’t have any information why they are holding this meeting,” she said.

National Conference leader Dr Farooq Abdullah said they haven’t got any invitation from the Centre so far. “When the invitation would come, we would tell you. The party will discuss it once it receives an invitation,” Dr Abdullah told Outlook.

Mohammad Yousuf Tarigami, spokesman of the People’s Alliance for Gupkar Declaration (PAGD), says he is yet to get any formal or informal invitation about the meeting. The PAGD is an amalgam of different political parties including the National Conference and People’s Democratic Party. The PAGD was formed to fight for the restoration of Article 370 in Jammu and Kashmir. Tarigami also refused to say whether the PAGD is holding any meeting to discuss new political development.

On June 9, a meeting among the signatories of the PAGD was held at Mehbooba Mufti’s Gupkar residence. Since then, there are speculations in the Valley that the centre and mainstream parties are likely to hold dialogue with the Centre restoring statehood to Jammu and Kashmir and holding an election in the region subsequently. However, Mehbooba insisted that the PAGD meeting was a general meeting and it was not related to the talks.

Sources within the mainstream parties say it is a tough call for them to have a meeting that would be without any agenda. “For the past two years, nothing has happened in Jammu and Kashmir politically. We have been calling for the restoration of Article 370 and the statehood and no one even bothered to respond to our pleas,” says a political leader pleading anonymity. Many in the political circles here believe it is more of international pressure especially nudging from the USA that is motivating the centre to hold dialogue with mainstream parties for the restoration of statehood. “It is also the fact it would be difficult for us to plunge into the electoral process without restoration of the statehood,” he says.

Ashok Koul, the BJP general secretary in Jammu and Kashmir says they haven’t got an invitation for the talks yet. However, he said there is no truth in speculations about the bifurcation of Jammu and Kashmir into two. “Lot of people say a lot of things. There are many in Jammu who say divide J&K. There are many in Kashmir who say make Kashmir part of Pakistan. People do all kind of talks but that doesn’t translate into a policy,” Koul told Outlook.

Former Minister and the president of Panthers Party Harsh Dev Singh said they are expecting an invite from the centre. “Once we will get the invitation, we would participate in the meeting and will convey to the centre what it is doing with Jammu and Kashmir,” Singh said.