In J&K, BJP Blames Slow US Response For Covid Crisis 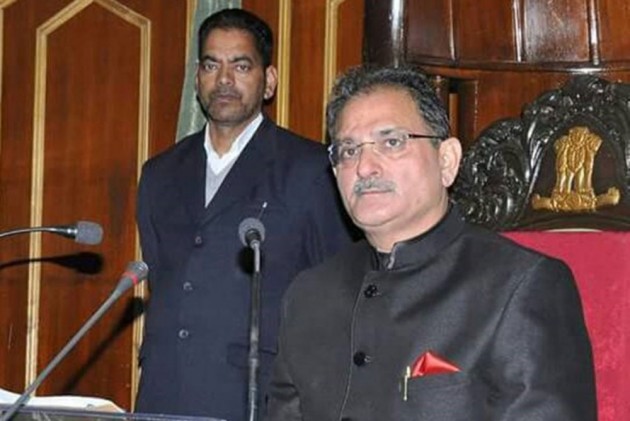 Senior BJP leader and former Deputy Chief Minister Kavinder Gupta on Sunday said the slow response by the US and other nations towards India’s distress calls had aggravated the Covid crisis in the country.

In a statement issued in Srinagar, the BJP leader said many developed countries like the US took too much time to give nod to send oxygen, Remidevisir injections and other necessary help to India in tackling the infection despite many reminders. He said due to the sluggish response of these countries, India has to suffer the second wave of Covid which ravaged large parts of the country and led to several deaths.

The former deputy chief minister said wealthier nations have failed to provide equal access to healthcare that led the disease to take a heavy toll in the country. “Dr Fauci (Anthony Stephen Fauci, Director of the US National Institute of Allergy and Infectious Diseases and the chief medical advisor to the US president) has analysed the situation in India in the right perspective and has rightly said the global response of developed nations failed in preventing tragic COVID crisis in India”.

Noting that infectious diseases like Covid-19 can occur anywhere in the world, Kavinder said there should be a natural obligation of all nations, especially the wealthier ones, to help out the countries which are hit hard. “The lethargy and indifference showed by the rich nations in case of second Covid-19 wave in India is quite disappointing as it caused devastation in the country with many people losing their near and dear ones,” he said.

However, sooner or later things will be controlled as the BJP government led by Prime Minister Narendra Modi had taken proactive steps to contain the contagion. “If the wealthier countries had responded with timely help, the situation would have been much better in India and losses incurred due to oxygen and medicine shortage would not have taken place.”

In J&K, the vaccination drive is currently going on at full pace, people are following the guidelines, and the BJP cadre would remain on their toes in extending help to people in need, especially during the lockdown, he said. “Those having difficulty in getting medicines and procuring oxygen for home treatment of coronavirus must approach BJP leadership as the same is eager to help the people in despair.”