A district official said a response will be submitted to the NCPCR. 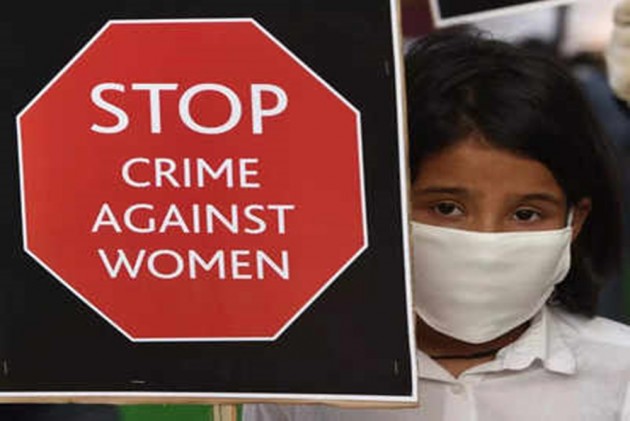 In a shocking incident, at least six minor girls were paraded naked in a village in Madhya Pradesh's Damoh district as part of a ritual to please the rain god and get relief from the drought-like situation.

According to beliefs, young girls are made to walk naked with a wooden shaft rested on their shoulders with a frog tied to it. Women accompanying these girls sing bhajans to praise the rain god, he said.

In one of the video clips, girls (looking aged around 5 years) without clothes are seen walking side by side with a wooden shaft resting on their shoulders with a frog tied to it. A group of women singing bhajans follows the procession.

In another video, some women can be heard saying that this ritual was being performed as the paddy crop is drying in the absence of rains.

Taking cognisance, the National Commission for Protection of Child Rights (NCPCR) also sought a report from the Damoh district administration about this incident which occurred on Sunday at Baniya village under the Jabera police station area, about 50 km from the Damoh district headquarter, in the Bundelkhand region. A district official said a response will be submitted to the NCPCR.

Damoh superintendent of police (SP) DR Teniwar said the police received the information that some young girls were paraded naked to appease the God of rains as part of local practice and prevailing social evils.

“Police are investigating this incident. Action will be taken if it is found that girls were forced to go naked,” he said, adding villagers believe that this practice may result in rain.

Damoh collector S Krishna Chaitanya said the local administration will submit a report in this regard to the NCPCR.

He said the parents of these girls are also involved in this incident and they will be made aware of such superstitious practices.

The district collector said none of the villagers complained about this 'ritual'.

"In such cases, the administration can only make the villagers aware about the futility of such superstition and make them understand that such practices don't yield desired results," he told reporters.

Meanwhile, two videos of the incident have surfaced.

“We believe that this will bring in rains,” they can be heard telling the person who recorded the incident.

These women said they will collect raw food grain from villagers during this procession and then cook food for 'bhandara' (group feast) at a local temple.

In another shocking incident, a woman’s “purity” was put to test as her husband forced her to go through an ‘agnipariksha’ by taking out Rs 5 coin from a pot of boiling oil in Maharashtra’s Osmanabad. The woman had gone missing for four days. The husband took a video of the entire incident.

As per reports, the woman had a quarrel with her husband on February 11, following which she left the house without telling anyone. While she was waiting for the bus at the Khachapuri Chowk in Paranda, Osmanabad, two people on a bike forcibly took her with them and held her hostage for four days.

After her return, the husband put her to the test to know if she was telling the truth based on a tradition in the Pardhi community to which the woman belonged, and asked her to extract a coin from boiling oil.