Calling his parliamentary constituency Amethi as his “family”, Congress President Rahul Gandhi seeks support of the voters for the May 6 election 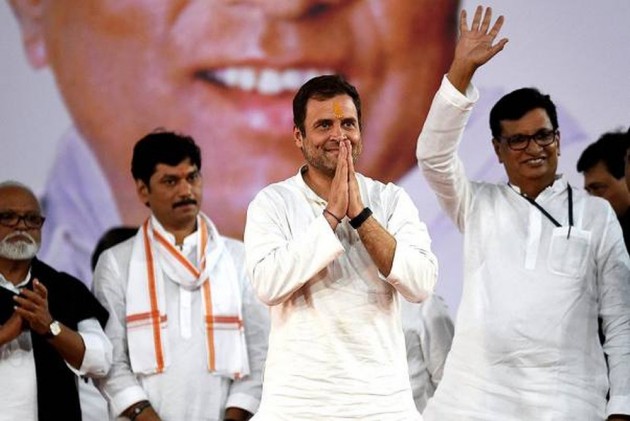 Calling his parliamentary constituency Amethi as his “family”, Congress President Rahul Gandhi in an open letter addressed to Amethi voters has sought their support for the May 6 election.

Gandhi said that his Amethi family gave him “courage to stand with the truth”, and listen to “the woes of the poor and downtrodden and raise their voice to get ‘Nyay’ (justice) for them”.

“Amethi is my family. From the love and affection that I got from you, I have tried to bind the entire nation from north to south and east to west in a string of that love,” Gandhi said in the letter.

“On one side there is Congress party’s ideology that arose from Amethi, and which says that one must work for the farmers, women, the youth, the poor and small traders. On the other side there is Bharatiya Janata Party’s thinking that seeks to make just 15-20 industrialists the masters of this nation,” he said.

The Congress President underlined that in his party’s system, the public was the master while in that of BJP’s, (industrialist) Anil Ambani ran the show.

In the letter, Gandhi went on to say that his “karmabhoomi” Amethi’s thinking was getting wide acceptance across the nation, while cautioning the voters against the BJP’s “factory of lies” and its alleged use of money power.

“The BJP people perhaps do not know that Amethi’s strength is its truth, self respect and simplicity,” he said.

He also promise to quickly restart all the development projects in Amethi that have allegedly been halted by the BJP government as soon as his government is formed.

“Give strength to this member of your family by voting in large numbers on May 6,” he said.

Gandhi has been representing Amethi constituency in the Lok Sabha since 2004.