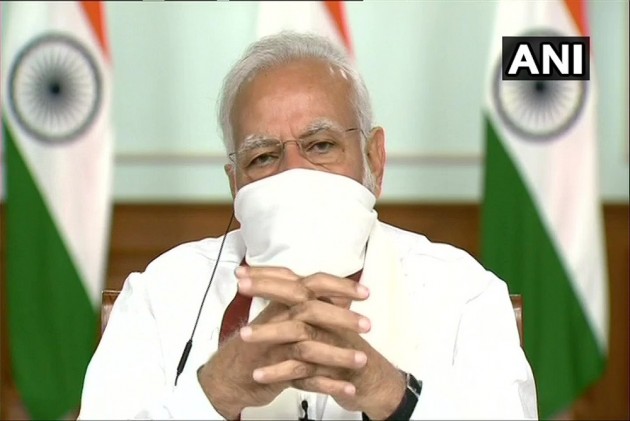 As India battles the Coronavirus pandemic, Prime Minister Narendra Modi on Saturday held a video conference with chief ministers primarily to take their feedback on whether the 21-nation-wide lockdown be extended beyond April 14 to stem the tide of the infections.

Delhi CM Kejriwal suggested that the lockdown should be extended till April 30 not only in Delhi but across the country.

Also Read | From Field Hospitals To Relief Packages, How States Are Combating Corona With Their Own Set of Rules

The Central government is understood to have also obtained views on the issue from all the relevant agencies and stakeholders involved in the efforts to contain the spread of the pandemic.

The video conference, which began at 11am, comes amidst indications that the central government may extend the nationwide lockdown with some possible relaxations even as Punjab and Odisha have already announced extending the lockdown beyond April 14 when the current spell of 21-day shutdown across the country ends on Tuesday.

The Union Home Ministry has sought views of state governments on various aspects, including whether more categories of people and services need to be exempted. In the current lockdown only essential services are exempted.

This is for the second time the prime minister is interacting with the chief ministers via video link after the lockdown was imposed.

During his April 2 interaction with chief ministers, Modi had pitched for a "staggered" exit from the ongoing lockdown.

Also Read: From Worst To A Role Model, How Bhilwara Turned The Corner In War Against Coronavirus

A PTI tally of numbers reported by various states as on Thursday at 9.30pm showed a total of 7,510 having been affected by the virus nationwide so far with at least 251 deaths. More than 700 have been cured and discharged. However, the last update from the Union Health Ministry put the number of confirmed infections at 7,447 and the death toll at 239.

Addressing floor leaders of various parties who have representation in Parliament, Modi had on Wednesday made it clear that the lockdown cannot be lifted in one go, asserting that the priority of his government is to "save each and every life".

According to an official statement after the Wednesday interaction, the prime minister told these leaders that states, district administrations and experts have suggested extension of the lockdown to contain the spread of the virus.

Before the lockdown was announced on March 24, the prime minister had interacted with the chief ministers on March 20 to discuss ways and means to check the spread of the novel coronavirus.