Speaking about the Ayushman Bharat scheme, Banerjee said it was needed since 'healthcare expenses wipe families out', adding, 'we need to find ways so that families don't lose all their assets when somebody falls sick.' 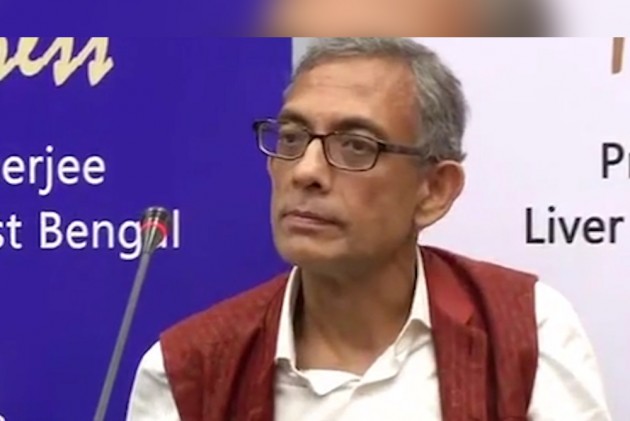 Nobel laureate Abhijit Banerjee on Tuesday refused to comment on the state of the Indian economy at a press conference conducted within hours of a meeting with Prime Minister Narendra Modi, who said India was proud of the former's accomplishments.

When asked if he was "satisfied with the current state of the Indian economy," the 58-year-old said he "won't answer that. Ask a question that's more specific than that."

Speaking about the Ayushman Bharat scheme, Banerjee said it was needed since "healthcare expenses wipe families out", adding, "we need to find ways so that families don't lose all their assets when somebody falls sick."

'India Is Proud Of His Accomplishments': PM Modi After Meeting Abhijit Banerjee

"It serves a very important purpose in our economic structure," he said.

About the meeting, Banerjee said it didn't entail any recommendations from his end, adding it was "fruitful".

On how India was tackling malnourishment, Banerjee said: "It was a classic case of a glass half full, half empty."

When asked to comment on the current crisis in the banking sector, Banerjee said: "The crisis is critical and frightening and we should worry about it. We need some important and aggressive changes."

He, however, declined to comment on India's dismal standing in the Human Development Index saying, "I have had no contribution to the HDI and it is doing quite okay without me. So, I don't want to get into something I am not involved in."

Banerjee, in a lighter vein, also said the prime minister initiated the conversation by cracking a joke that media were trying to "trap me into saying anti-Modi things."

“He talked about the way he sees governance in particular….He also explained how he’s trying to reform the bureaucracy to make it more responsive to understand ways in which people’s views need to be taken into account,” the 58-year-old Nobel laureate said after the meeting.