The NCRB report 2020 reveals Rajasthan has recorded the highest number of rape cases—5310 cases, out of which in 1279 cases, victims are under 18 years of age. 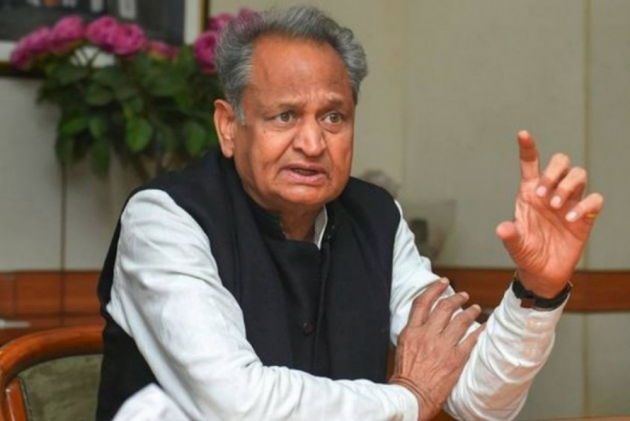 As the Congress government in Rajasthan is past the halfway mark of its five-year term, the law and order situation in the state has become opposition BJP's biggest rallying point to corner the Ashok Gehlot led dispensation.

From street protest to raising the issue in the state assembly and even talking about it before its central leadership at a 'chintan shivir', the saffron party is going all guns blazing against the Rajasthan government and targeting the chief minister Ashok Gehlot who also is in charge of the home portfolio in the state.

The BJP leaders have recently targeted the administration on the law and order situation in the state through separate statements. Recently, on September 20, the opposition BJP has slammed the Ashok Gehlot-led Congress government over the death of a 19-year-old Dalit teenager, who died after being allegedly attacked by a group of people following an accident in Alwar.

State BJP president Satish Poonia demanded the resignation of Chief Minister Ashok Gehlot. Poonia told the media, "Why is Gehlot silent over the issue. Since Congress leaders Rahul Gandhi and Priyanka Vadra often visit families of victims of similar incidents, but why are they “hibernating” in this particular incident. The incident took place on September 15. Three days later, the man identified as Yogesh Jatav, died at a hospital in Jaipur, on September 18, said police.

In response to the BJP's allegations, Congress spokesperson Randeep Surjewala said that crimes can happen in any state. During a presser, in reference to the Alwar incident, Surjewala said, "Crimes can happen in any state. The prevention of crime is our duty. In Alwar, those who attacked were arrested and are behind bars. But the Hathras (UP) family is still crying for justice even after a year".

Last week the Bharatiya Janata Party’s (BJP) parliamentarian from Alwar, Baba Balaknath said that the law and order situation in Rajasthan reminded him of the Taliban’s rule in Afghanistan. Citing the recent incident of firing in Bhiwadi, where six armed men opened fire at a local bakery and threatened the owner and the employees, Balaknath alleged that the law-and-order situation was deteriorating in the state but the Ashok Gehlot-led Congress government is ignoring it.

The BJP Mahila Morcha held series of protests in Jaipur against increasing instances of crimes against women and deteriorating law and order in the state. In the recent protest led by the BJP, several party workers raised their voice over the law and order situation, unemployment and farm loan waiver in Rajasthan.

The BJP leader Ramcharan Bohra who was leading the protest said that the number of atrocities against women is increasing in the state and the Congress government is silent over it. "The Rajasthan chief minister himself is the home minister and still he is doing nothing to stop the crime rate in the state", Bohra told Outlook.

The protests were held after the release of the latest data from the National Crime Records Bureau (NCRB) report 2020, which reveals that Rajasthan has recorded the highest number of cases of rapes were registered in 2020. The state has replaced Madhya Pradesh when it comes to the highest rape cases.

Commenting on the allegations, senior Congress leader and government's chief whip Mahesh Joshi told Outlook, "The law and order situation in Rajasthan is far better than any BJP-ruled state. Congress government has made registration of crime easy and accessible to all. There has been an increase in the registration of crime but not the crime. After the investigation, many cases are found fake and mere allegations".

As per the latest data from National Crime Records Bureau (NCRB) report 2020, Rajasthan has recorded 5,310 rape cases followed by Uttar Pradesh with 2,769, followed and then by Madhya Pradesh with 2,339 and Maharashtra with 2,061 cases the total 5310 rape cases registered in Rajasthan, 1,279 victims are under 18 while 4,031 are adults.