The school in Aanganva settlement, 25 km from Jodhpur city, is meant for helping refugee children to make the transition and blend into the Indian education system by overcoming the cultural differences and language barrier from studying in a different country. 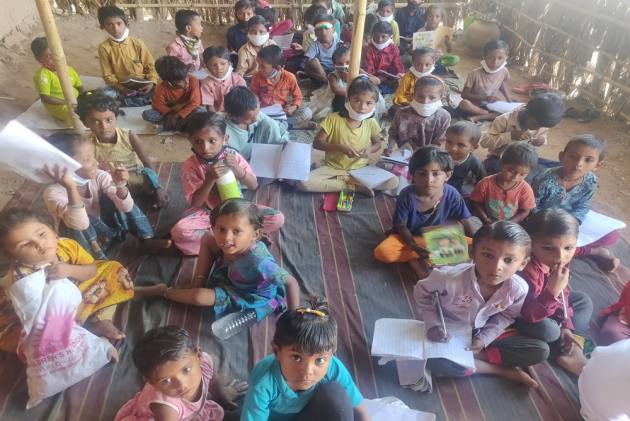 The sound of a morning prayer song reverberates from inside a thatched hut surrounded by uneven stones amidst an arid landscape, in Aanganva, a settlement for Pakistani Hindu refugees in Jodhpur. Sitting inside the hut children aged between 3-16 years are about to begin their morning classes. The first lesson was in Hindi, a language which many of the kids didn't study before crossing the border.

The school in Aanganva is meant for helping refugee children to make the transition and blend into the Indian education system by overcoming the cultural differences and language barrier from studying in a different country. The Aanganva settlement, one of the twenty settlements, is situated 15 kilometres from the Jodhpur city, is home to 250 Pakistani Hindus.

"I teach the Hindi language, maths, and science to the refugee children from class 1st to 8th. We provide extra classes to bridge the gap between the children and the course taught in the government schools. Most of the students are not well versed with Hindi as they have studied Sindhi and Urdu script in Pakistan and some have joined the school for the first time after coming to India", Kaushalya Chauhan, who teaches here for the last two years, since its inception told Outlook. 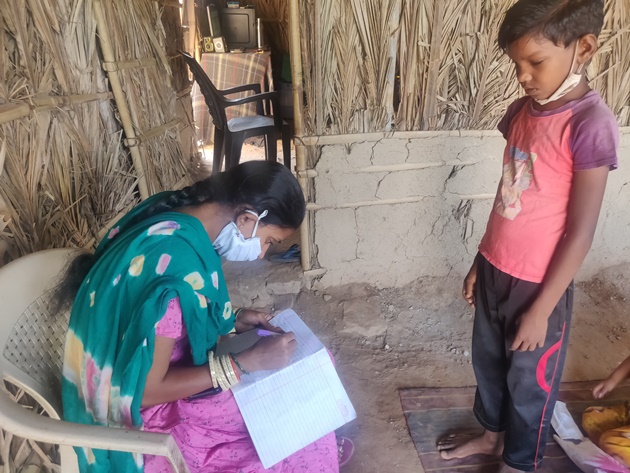 The school runs in physical mode and supports the existing online education by giving support to students with the help of one desktop and a dongle connection. The school is divided into three classrooms, all running inside a shack. In the first room is a playschool dedicated to children between the ages group of 3-5 years, who are yet to get enrolled in the schools. The second adjacent room has around 30 kids who are enrolled in the schools from class 1-8th and need extra attention. Interestingly the third classroom which is partially open is meant for those women who have never attended any formal education.

"I teach the basics of the language, human communication, brainstorm with the help of games for those kids who are yet to enroll in a school. Even in the pandemic, we try to hold classes regularly and make them aware of the Covid awareness and follow the protocols", Preeti Kanwar, another teacher who is in charge of the playschool added.

"Children of refugees coming from Pakistan to India often are unfamiliar with the education system here. At times they also face bullying on account of them being Pakistani nationals. This is why there was an urgent need for this initiative to enable them in bridging the difference between the two education systems and ensure smooth transitions", said activist Hindhu Singh Sodha, who works for refugee rights. The initiative named CHI-UJAS- Asha Kendra is a joint initiative of Children Hope India and Universal Just And Action Society and has a staff of three teachers at the moment. 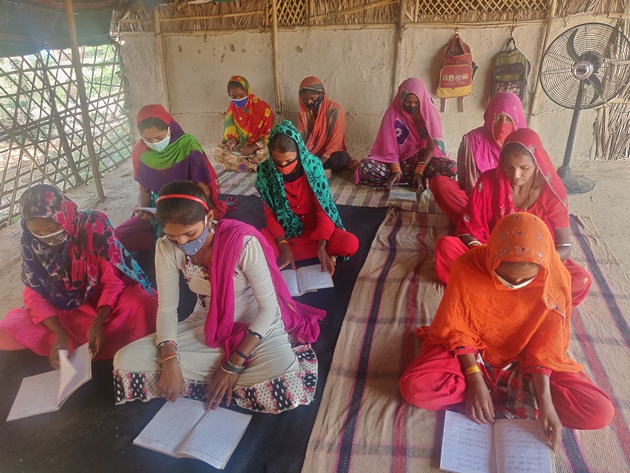 Interestingly besides the kids, the space also sees the participation of the middle aged women who have never been to any formal schooling before. "I have started attending the classes from the last two years. This was my first introduction to any sort of education as I have never been to any formal or non-informal school in Pakistan. I had a strong desire to teach my children, so I started to learn as soon as I got an opportunity", 35-year-old Shiva Chauhan, mother of two, who migrated to Jodhpur from Rahim Yar Khar in Punjab province in Pakistan told Outlook. Like Shiva, around 24 other women of this settlement attend the classes regularly here.

According to the UJAS, an NGO working for the education of the Pakistani Hindu refugee kids, there are about 8000 children who are of school-going age, but only 40 percent are enrolled in the schools. "Most of them usually drop out of the schools after class 10th, which has increased in the Pandemic and there is no specific education initiative from the government for the refugee kids", said Ashok Suthar who works with UJAS. 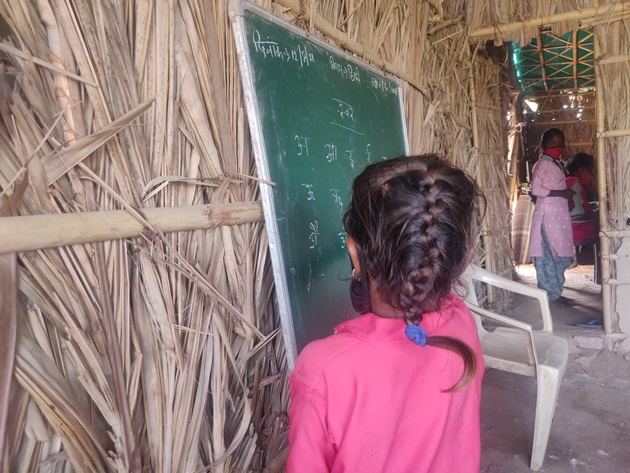 "We are conducting online classes regularly for government schools through YouTube, website, and apps, and all teachers, students, and schools are connected. Those refugee kids who are enrolled with us are receiving these lessons", Bhhalu Ram Chinchad, District Education Officer, Jodhpur told Outlook.

Around 30,000 Pakistani Hindu migrants are living in the border districts of Rajasthan. Out of which the maximum live in Jodhpur.