In Snow-Clad Ladakh, Khenrab Phuntsog Works To Save The Elusive Snow Leopard

In Hemis National Park, Khenrab Phuntsog, one of the only three wildlife guards in Hemis, has the expertise to track down the snow leopard in the most adverse habitat. 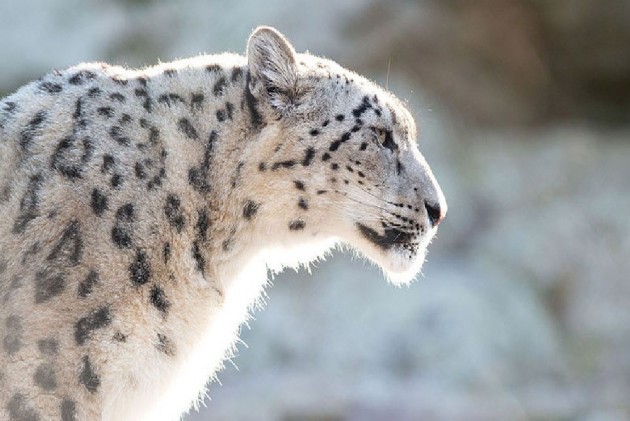 Hemis, the largest national park in India, is situated on the high altitudes of Ladakh and is characterized by extreme weather conditions. This rocky and largely inhospitable place is home to the rare and elusive Snow Leopard.

In this impossible terrain, you can only sight one if you are in luck.

But the likes of Khenrab Phuntsog, however, have the expertise to track down this evasive animal even in the most adverse habitat.

Khenrab Phuntsog is one of the only three wildlife guards in Hemis. He has grown up in these mountains that have made him as nimble-footed as the big cats that he tracks.

For him, climbing uphill carrying a 25kg spotting scope or a tripod or sliding down an icy Himalayan slope is like a stroll in the park!

He may not be a qualified scientist,  but his experience, knowledge and attitude are rigorously scientific.  He has carried out field-work for ambitious snow leopard radio-collaring project, which has provided the forest department and scientists with reliable and invaluable insights into the life of snow leopards.

Phuntsog's knowledge stems from his being one with the world he inhabits.

Once, while leading our TV crew up a steep cliff towards a herd of blue sheep, he stopped midway to make us smell a plant. It had a beautiful yet unfamiliar fragrance. The tiny Artemisia, he informed us, was one of the many nutrition packed plants that the animals in Ladakh survived on.

From this, we learnt that in the Himalayas, it’s the quality and not the number of things that mattered.

Ladakh is a case-study on how to maximize limited resources for animals and people. Traditionality, frugality and co-operation, coupled with an intimate knowledge of the environment, enables the Ladakhis to survive and prosper.

Largely Buddhist, Ladakh is a follower of 'zen' philosophy that teaches them to be happy and content with whatever they have.

Khenrab embodies this characteristic 'Ladakhi' culture. Hence, his lessons on Hemis and Ladakh are not limited to just wildlife. He talks gently and profoundly about the oneness and connectivity of all life, and about having a deep respect for all things, human and animal.

We listen to his words quietly in the evening twilight. They have wisdom that uplifts the soul.

In the course of our trip, he takes us to villages which are a testimony to the peaceful Ladakhi world. All those trending buzzwords and environmental hash-tags on social media - Sustainability, Ecologically-friendly, Zero Waste, Co-existence - are a natural part of the Ladhaki way of life. (Ashwika Kapur with Krishnendu Bose and his crew)

The tourists, who come from all over the world to see the snow leopard, get to experience this peaceful Buddhist life in the bargain.

But this world cannot be taken for granted. It is under serious threat from the pressures of the modern world and material consumerism. If the new generation of locals gives in to these temptations, then divisiveness, intolerance and greed will invariably follow.

But with Khenrab and the forest department standing guard, this is a fate that is unlikely to happen. They work hard, not only to study and conserve the snow leopard but also preserve the Ladakhi way of life.

The author is a presenter for 'Heroes of the Wild Frontiers', a television series on India's forest guards which is being aired on Animal Planet. It is directed by national award-winning conservation filmmaker Krishnendu Bose. The six-part series airs every Monday and Tuesday at 9:00 PM, Starting September 16.