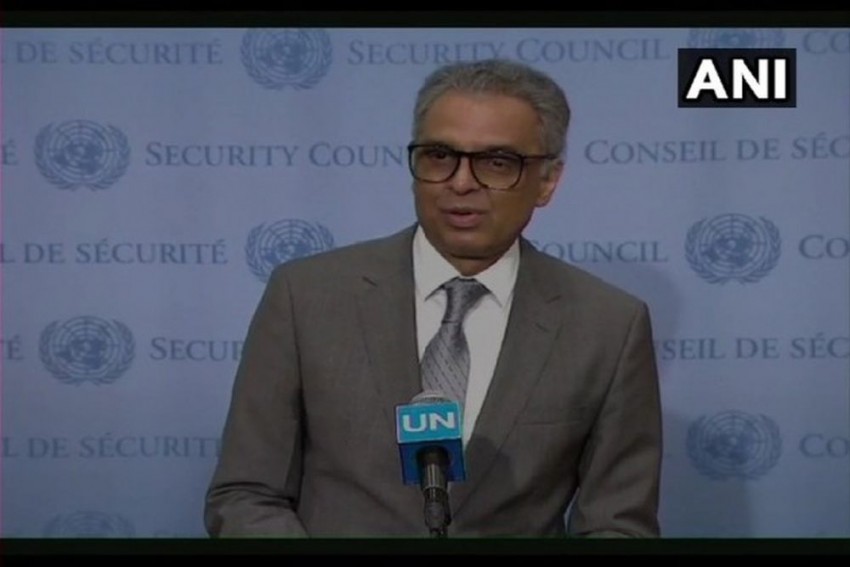 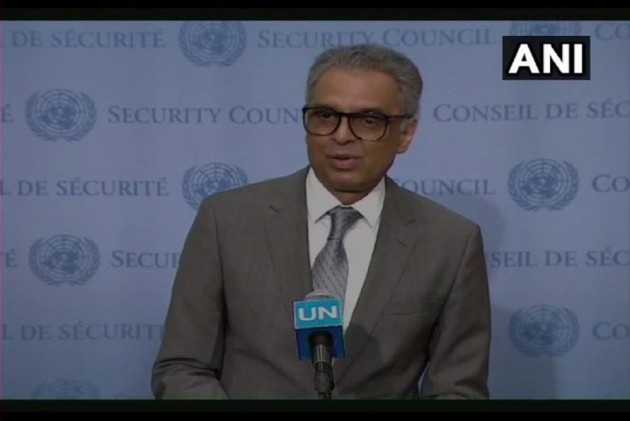 India's Permanent Representative to the United Nations Syed Akbaruddin on Friday extended a "hand of friendship" to Pakistani journalists during his address to the media after the UN Security Council held closed consultations on Kashmir.

The informal closed consultations, requested for by permanent member China, lasted over an hour Friday after which Beijing’s Ambassador to the UN Zhang Jun and Pakistan’s UN envoy Maleeha Lodhi made remarks to the media at the Security Council stakeout one by one. The two left without taking even a single question from the reporters present.

Unlike the Chinese and Pakistani ambassadors, he stayed back after his remarks and told the large gathering of UN reporters that he will take questions from them. "I’m ready if any of you are willing to ask any questions. I will take them."

Akbaruddin said he will answer five questions, "five times more than both my predecessors who came here." He gave the first three questions to Pakistani journalists.

#WATCH: Syed Akbaruddin, India’s Ambassador to UN says,"so, let me start by coming across to you and shaking hands. All three of you," to a Pakistani journalist when asked,"when will you begin a dialogue with Pakistan?" pic.twitter.com/0s06XAaasl

When a Pakistani journalist asked that will India agree to have a dialogue with Pakistan, Akbaruddin responded, "that there are normal diplomatic ways when countries deal with each other. That is the way to do it. But using terror to thrive and push your goals is not the way that normal states behave. No democracy will acknowledge or accept talks when terror thrives. Stop terror, start talks."

A senior Pakistani journalist at the UN asked "when will you begin a dialogue with Pakistan."

The Indian envoy said, "So let me begin by coming across to you and shaking your hand, all three of you," walking up from the lectern to him and shaking his hand. Akbaruddin then walked up to the other two Pakistani journalists in the media group and shook their hands with a smile. The gesture was cheered by those present at the UNSC stakeout.

"So let me tell you we have already extended our hand of friendship by saying we are committed to the Simla Agreement. Let us wait for a response on that from the Pakistani side," he said.