Does the Left-Congress-Abbas Siddiqui combine’s call to topple the Mamata Banerjee government and the BJP’s ‘appeasement politics’ charge have anything to do with the decision? 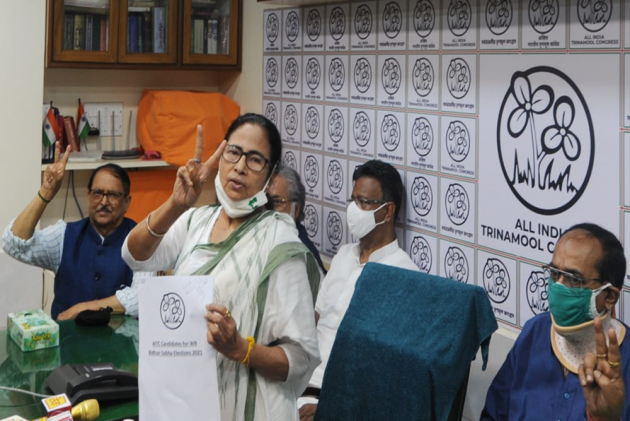 Trinamool Congress has fielded 35 Muslims candidates among the 291 the party announced on Friday, marking a significant decrease in the Muslims’ share in the party’s candidature, compared to the last Assembly elections held in 2016. Muslims, who made 27.01 per cent of the state’s population in 2011, has found 12 per cent representation in the state’s ruling party’s candidate list.

The party has fielded 17 candidates from the Scheduled Tribe (ST) communities, while 16 seats are reserved.

The candidate list has many new faces, including politicians, film stars, and renowned people from other walks of life.

Political observers see these changes as the party’s response to the 2019 Lok Sabha election results. While Muslim votes mostly consolidated in favour of the TMC, except for in the Muslim-majority districts of Malda and Murshidabad, the BJP took lead in 46 of the 84 Assembly segments reserved for the SCs and STs.

In the old Congress bastions of Malda and Murshidabad, the Congress had bagged a significant of Muslims votes in 2019. However, senior TMC leaders said, the party expects the Muslims to polarise in favour of the TMC this time.

The 2019 Lok Sabha elections, in which the TMC faced a blow with its tally sliding down to 22 from 34 in 2014, also saw the polarisation of Hindu votes in favour of the BJP in several areas.

Political observers consider the candidate list as a reflection of how the TMC was expecting the Muslims to consolidate in its favour and ventured out to get a few per cent of additional Hindu votes to its quota.

The decision to field fewer Muslims candidates gains all the more significance with the fact that a party newly launched by Muslim cleric Abbas Siddiqui has tied up with the Left and the Congress, and are calling up the people to topple the Mamata Banerjee government.

The BJP has made Mamata Banerjee’s “politics of appeasement” (of the minorities) one of their central political issues and has promised to end appeasement politics in Bengal should they come to power.

In the 2019 Lok Sabha elections, the TMC got 43 per cent of the vote share, while the BJP got 40 per cent. A closes contest between the two is being expected in this election.

On Friday, while announcing the list, chief minister Mamata Banerjee also said that she will be contesting only from the Nandigram seat in East Midnapore district, leaving her own constituency of Bhowanipur in south Kolkata - where she lives – to state power minister Sobhandeb Chatterjee.

“I'll be contesting only from Nandigram,” she said while announcing her party's candidate list.

Mamata said the party was announcing candidates for 291 of the state's 294 seats, leaving three seats in the Darjeeling hills to the two factions of Gorkha Janmukti Morcha.

Among other star candidates, she named are cricketer Manoj Tewari, who will contest from the prestigious Singur constituency in Hooghly district, singer Aditi Munshi from Rajarhat, filmmaker Raj Chakraborty from Barrackpore, tribal actor Birbaha Hansda from Jhargram and writer Manoranjan Byapari from Balagarh.

“This is a very crucial election. Only TMC can maintain peace, prosperity, and communal harmony in Bengal. Our government will continue with all its pro-people policies and schemes, including free healthcare and insurance, free ration and those aimed at girls, women and the elderly,” she said.

Even in the 2011 Assembly elections in which the TMC-Congress alliance toppled the Left Front regime, TMC had fielded 39 Muslim candidates in its quota of 226 seats, making over 17% of its total candidates.
It is expected that outfits like Abbas Siddiqui's party would raise the issue to stoke dissatisfaction among the Muslims towards the Mamata Banerjee rule.