In the video released by Al Qaeda's media arm As Sahab, Zawahiri asks the mujahideen to "single-mindedly focus on inflicting unrelenting blows on the Indian Army and government, so as to bleed the Indian economy and make India suffer sustained losses in manpower and equipment". 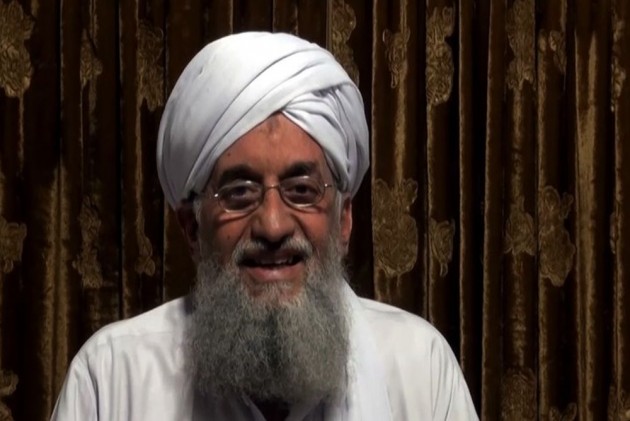 Al-Qaeda chief Ayman al-Zawahiri has released a 14-minute video in which he asks the militant groups in Kashmir to "inflict unrelenting blows."

In the video, Zawahiri asks the mujahideen to "single-mindedly focus on inflicting unrelenting blows on the Indian Army and government, so as to bleed the Indian economy and make India suffer sustained losses in manpower and equipment".

The message titled 'Dont' Forget Kashmir' was transcribed by Al-Qaeda's media arm As Sahab, according to  Foundation for Defence of Democracies' (FDD) Long War Journal.

Without taking the name of Al-Qaeda-linked Ansar Ghazwat-ul-Hind (AGH) outfit,  Ayman al-Zawahiri said that Kashmiri militants must “liberate the Kashmiri jihad from the clutches of Pakistan’s intelligence agencies,” and implement the sharia law.

Towards the end of the Al-Qaeda chief's message, an image of Zakir Musa, the slain leader of AGH, is displayed. Last month, when Musa was killed in a gun-battle with security forces in South Kashmir, Al-Qaeda had released a message, eulogizing Musa.

“The Mujahideen must plan their jihad by taking free and independent decisions that are guided by the principles of sharia,” Zawahiri said.

Zawahiri has also accused the Pakistani government and its Army of being “toadies of America” who prevented the “Arab Mujahideen” from “heading to Kashmir after Soviet War.

In his message, the Al-Qaeda leader conflates the insurgency in Kashmir with 'Global Jihad' - an idea that Al-Qaeda has been propagating as part of its call for imposing Sharia law across the globe.

Zawahiri in his message said that insurgency in Kashmir shouldn’t be thought of as a "separate conflict", but part of "worldwide community of Muslims" jihad. Zawahiri also said that the Kashmir-based militants should establish stronger channels of communication with other militant outfits all over the world.