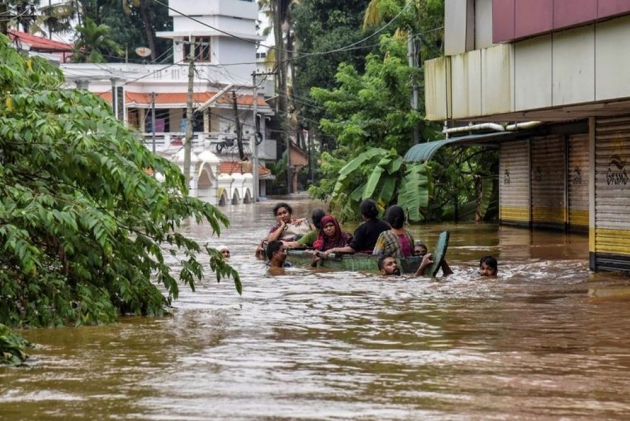 Several rivers are in spate in Madhya Pradesh and many low-lying areas inundated following incessant rains in various parts of the state, officials said on Thursday.

Heavy rains in last three days caused water-logging in low-lying areas as several rivers and streams were in spate.

In some places, including state capital Bhopal, the authorities had to open sluice gates of reservoirs to release water after they were filled up to their maximum storage capacity following heavy rains, said an official in the water resources department.

The dam has the capacity to hold 8,364 million cubic metres of water, he added.

On Wednesday, four people drowned in Mandsaur and Betul districts, an official earlier said, adding that around 3,000 people were shifted following heavy rains and floods.

"Almost the entire state received rainfall in last 24 hours. Monsoon is active in east Madhya Pradesh and vigorous in western parts of the state," Tripathi said.

"Very heavy to extremely heavy rainfall" is likely to occur at isolated places in 18 districts, including Mandsaur, Raltlam, Neemuch and Ujjain, till Friday morning, he said.

Rain or thundershowers are likely to occur at most places in Gwalior, Chambal, Ujjain, Bhopal, Indore, Hoshangabad and Sagar districts.

Many places in Rewa, Shahdol and Jabalpur are also likely to receive showers, he added.

'Why Is Freedom Being Denied To A Son Of India?': P Chidambaram On Shah Faesal