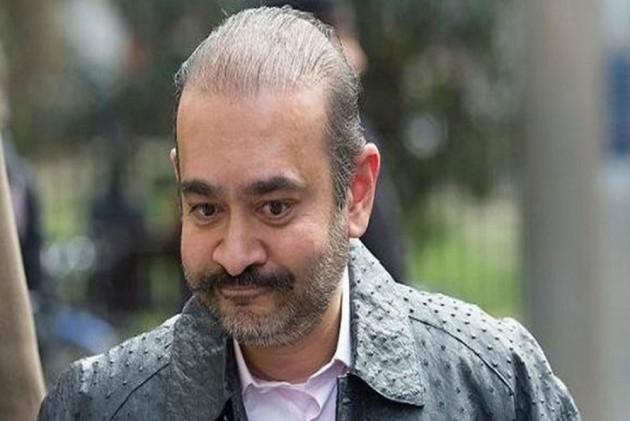 Artworks belonging to fugitive diamantaire Nirav Modi, who fled the country after duping state-run lender PNB of a whopping Rs 14,000 crore, for Rs 59.37 crore, were auctioned by the Income Tax Department on Tuesday and the department will get a net of Rs 54.84 crore of the gross proceeds, with the rest being the commission to the auction house Saffronart and the buyers' premium.

This is the first time that a government department has sold artworks adopting the auction-route involving a professional art-house. The department had put up a total of 68 works for auction to recover Rs 97 crore from the scamster.

An untitled work by the abstract artist VS Gaitonde fetched a winning bid of Rs 25.24 crore, including the buyer's premium, which, however, is lower than the Rs 29.3 crore his work had fetched in 2015, making it the most expensive bid for artwork from the country ever.

Nirav Modi's Arrest A Boost For PM, But Extradition To India Not Any Time Soon

The great Raja Ravi Varma's 1881 work depicting the Maharaja of Travancore and his younger brother welcoming Richard Temple-Grenville, and Chandos, the third Duke of Buckingham and the governor general of Madras, got sold for Rs 16.10 crore through a phone bid.

Potential investors and art lovers started trickling in into the central Mumbai gallery Tuesday evening, but it was the bids over the phones and the Net which were higher at the auctions that began early evening but extended through the course of late night.

None of the artworks, "lots" in auction-speak, saw intense bidding, though. As many as 13 works out of 68 had to be passed or returned unsold as the bids were lower than the reserved price.

Barring a few works which could not be sold, many of the artworks were sold at prices above the reserve price. Modi's collection of paintings by FN Souza which saw significant interest from the collectors, with "cityscape" and "golly-wog" notching up bids of over Rs 1 crore each.

Throughout the bidding that lasted over 120 minutes, eight dedicated agents worked frantically on the phones getting the bids from investors and art lovers.

The online bids came in from diverse places like Seattle in the US, Toronto in Canada and Belgium in Northwestern Europe, which has emerged as the nerve-centre of the global diamond trade now.

Works by some Chinese artists also generated considerable interest among the bidders, with all of them fetching more-than-expected prices.

Every buyer will have to pay a 15 per cent premium for works costing up to Rs 20 crore, while the same for the ones above Rs 20 crore is a tad lower at 12 per cent. The premium goes to the art gallery. A successful bidder has to pay 10 per cent of the amount plus the buyers' premium within four days and pay up the remaining in a month's time.

The sale is being undertaken under relevant sections of the Income Tax Act of 1961. The department was looking to raise up to Rs 97 crore, which is the tax liabilities of Modi shell firm Camelot Enterprises.

The tax department reportedly discovered the paintings in a climate-controlled room at his house in the metropolis.

As many as 68 artworks went under the hammer this evening and included works by the greats like Raja Ravi Varma, VS Gaitonde, FN Souza, Jogen Chowdhury, and Akbar Padamsee among others to recover dues and the department was expecting to mop up over Rs 97 crore from the artworks which had a reserve price of Rs 50 crore.

The auctions took place after a special PLMA court had on March 20 allowed the law enforcement agencies to sell 173 paintings and 11 luxury vehicles owned by Modi, who is currently in a London jail seeking bail, which will come up for hearing on March 29.

The auctions came in ever after Camelot Enterprises, a firm owned by Modi, sent a legal notice to against the auction, terming it unlawful late last week.

"The Saffronart online art catalogue lists 68 artwork due for auctions, overlooking the fact that only 19 of the artworks from the 68 belongs to the company," said the legal notice, sent through its law firm India Law Alliance Advocates to the department.

"Given this circumstances, the purported auction is unlawful and liable to be cancelled forthwith," the legal notice added.

The legal notice also claimed that the sole director of the company Hemant Dahyalal Bhatt is in judicial custody and all the papers and records of the company are with the statutory authorities.

The paintings belonging to Camelot and other arms of Modi-promoted firms and were seized by the tax department as part of their probe to recover tax Rs 95.91 crore.

The revenue department is also probing a Rs 4,000 crore missing amount from the books of the Modi group of companies. The remaining paintings and artworks will be auctioned by the ED.