President Ram Nath Kovind said the role of women in the judiciary has to be increased in order to achieve inclusive ideals of the Constitution. 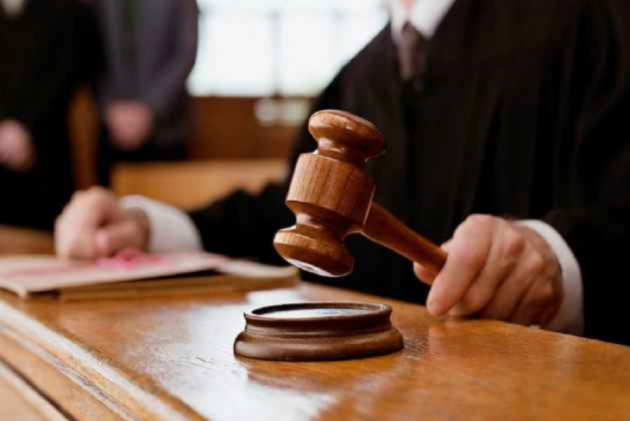 Stressing on the increased involvement of women in judiciary President Ram Nath Kovind Saturday said it is important to achieve the inclusive ideals of the Constitution.

"If we have to achieve the inclusive ideals of our Constitution, then the role of women in the judiciary also has to be increased," he said.

President Kovind made this remark during the foundation stone-laying ceremony of the Uttar Pradesh National Law University in Allahabad.

He said history was created in the judiciary with the appointment of nine judges, including three women, in the Supreme Court last month.

The presence of four women judges out of the 33 in the Supreme Court is the highest ever in the history of the judiciary, Kovind said, adding these appointments have paved the way for a woman Chief Justice of India (CJI) in the future.

In August, nine new judges, including three women, were appointed to the Supreme Court with Justice B V Nagarathna in line to be the first woman CJI in September 2027.

President Kovind emphasized that the establishment of a truly just society would be possible only when the participation of women increases in all areas, including the judiciary.

He, however, noted that at present the total strength of women judges in the Supreme Court and High Courts combined is less than 12 per cent.

Referring to the Allahabad High Court's decision in 1921 to enrol India's first woman lawyer Cornelia Sorabji, the president said that was a forward-looking decision in the direction of women empowerment.

Kovind said he has seen very closely the struggle of the poor to get justice.

Everyone has expectations from the judiciary. Yet, people generally hesitate to take the help of the courts. This situation needs to be changed to further increase the confidence of the people in the judiciary, the president said.

He said that it is the responsibility of all that everyone gets justice in time.

The judicial system should be less expensive, decisions should be in the language understood by the common people and the weaker sections should get justice, Kovind said.

This will be possible only when all stakeholders bring necessary changes in their thinking and work culture and become sensitive, the president said.

"Our judicial process would be strengthened with the arrangement of adequate facilities for the subordinate judiciary, increasing the number of working judges and providing enough resources as per the provisions of the budget."

Kovind expressed confidence that the Allahabad High Court would set an example in all such areas with the cooperation of the state government.

About choosing Allahabad for setting up the Uttar Pradesh National Law University, he said that given the importance of the Allahabad High Court and the reputation of the city as a centre of education, it is the ideal place for this law institute.

The president stressed that quality legal education plays an important role in strengthening the rule of a law-based system.

"World-class legal education is one of the priorities of our society and country. In this era of a knowledge economy, the ambitious policy of becoming a knowledge super-power is being implemented in our country. The establishment of Uttar Pradesh National Law University is a step forward in this direction."

The president said a world-class institution should be built by implementing the world’s best practices in all aspects like the creation of modern facilities, selection of students, the appointment of teachers, preparation of curriculum and selection of styles of pedagogy. (With PTI inputs)